Warning against Ivermectin for COVID-19 treatment 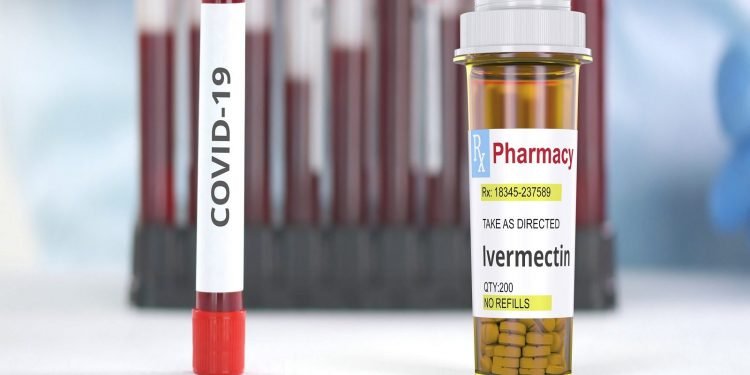 The ongoing second wave of the deadly pandemic has taken a toll on the population’s health and well-being. Amidst all the chaos, people have been desperately fishing for solutions to this problem but are resorting to their miserable conditions empty-handedly.

Plenty of ayurvedic and herbal home remedies have seen a surge in Indian homes but with no assured medical evidence of their effectiveness, they lost their importance with time and seriousness of the plague.

People after having turned their backs on herbal, at-home treatments, and DIY tips now are looking into authentic medical options available. But quite obviously they are again seen to be choosing medications that are either unnecessary or ineffective against the virus. Most of the time, the medications people run after are solely based on rumors and misleading information.

One such medication that has been experiencing a full-fledged demand among masses is Ivermectin. According to people’s beliefs the prospect medication has the potential to cure COVID-19 patients but, scientists and doctors have a completely different say on this.

The World Health Organization, on the use of Ivermectin as a preventative drug for COVID-19 said that, “We currently lack persuasive evidence of a mechanism of action for ‘ivermectin’ in COVID-19, and any observed clinical benefit would be unexplained.”

Scientists and doctors too have repeatedly been dropping warning signs against the use of Ivermectin as Dr. Saumya Swaminathan said, “Safety and efficacy are important when using any drug for a new indication. WHO recommends against use of ‘ivermectin’ for COVID-19 except within clinical trials.”

A similar warning was issued by the manufacturing company of Ivermectin and it said, “…to-date, our analysis has identified: No scientific basis for a potential therapeutic effect against COVID-19 from pre-clinical studies; No meaningful evidence for clinical activity or efficacy in patients with COVID-19 disease, and; A concerning lack of safety data in the majority of studies.”

Although considered an antiviral drug, the United States’ Food and Drug Administration vehemently proposed that, “Ivermectin is not approved for COVID-19 treatment.”

However, quite surprisingly, there is debatable evidence that proves the opposite of what was being perceived of Ivermectin.

A review published in the May-June issue of the American Journal of Therapeutics claimed that Ivermectin has the potential to help end the pandemic. Although WHO still continues to warn people against its use as a lifesaving drug while saying it’s rather unnecessary and irrational to carry out its use.

Considering the current scenario of active coronavirus cases, nearly 3.2 lakh new cases have been reported, along with a devastating number of 3876 deaths. It is quite understandable that people are in desperate need for medication when there’s an actual shortage of it and are thus reaching out to whatever options available. But, amidst this havoc, one isn’t advised to take drugs which haven’t been prescribed by a medical practitioner. It is better to follow the ruled out precautions, emulate a healthy lifestyle, and get vaccinated instead of running after misleading and equally harmful medications.