Transformers: Rise of the Beasts to Bring Maximals, Predacons, and Terrorcons

Transformers fans have been rewarded with a name and few reveals. Transformers 7 has been named Transformers: Rise of the Beasts. The new Transformers is set to be in the year 1994, between Bumblebee's late '80s and Michael Bay's '00s-era films, and the movie will be introducing Maximals, Predacons, and Terrorcons.

by Digi News Staff
in Entertainment
29 1
0 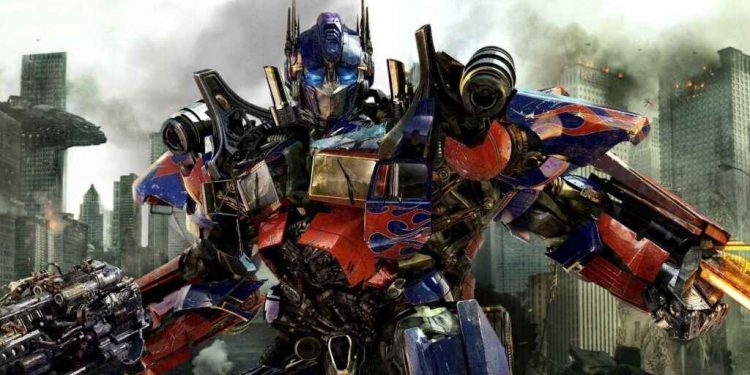 Transformers fans have been rewarded with a name and few reveals. Transformers 7 has been named Transformers: Rise of the Beasts. The ones who have closely followed Transformers what this name directs to- Beast Wars time. A virtual Paramount event, Transformers: Rise of the Beasts, was held on Tuesday, where director Steven Caple Jr. (Creed II) and stars Anthony Ramos (In the Heights) and Dominique Fishback (The Deuce) put forward details about the upcoming prequel in the giant robots franchise. The new Transformers is set to be in the year 1994, between Bumblebee’s late ’80s and Michael Bay’s ’00s-era films, and the movie will be introducing Maximals, Predacons, and Terrorcons. Terroorcons are this movie’s main villains- from the Beast War cartoon and the line of Transformers toys.

Hints were provided to hydrate the thirsty fans. Autobots which usually go for assortments and rearrangement to disguise themselves as cars, the Maximals, go in another direction. They are the good guys and take the form of all kinds of fauna, ranging from mammals to birds to fish. Additional hints were collected from Caple Jr. when he said: “In our film, they’re these prehistoric animals that travel through time and space, and we find them here on Earth.” Predacons are their natural enemy, who choose to transform into reptiles, amphibians, or invertebrates. That leaves us with the Terrorcons who are a “new threat to this universe,” Caple Jr. added. “When the Terrorcons enter the film, when they disrupt our movie, you’re gonna feel it.” Scourge happens to be their leader, whom the Autobots and Maximals will join forces to stop.

Coming to the Autobots, it is a delight to know that  Optimus Prime (who is voiced by Peter Cullen) will be around this time. Transformers: Rise of the Beasts is in fact a movie that will be serving to fill in the origin part of the story, which will explain how he became the leader and how he reached the level he is at, seen in the other Transformers movies. Bumblebee will also be a part of Transformers: Rise of the Beasts and will be seen as a new off-road version of the Chevrolet Camaro. Bumblebee happens to be everyone’s favourite and hence is an important part of the movie. Paramount also showed early designs for new Transformers such as Airazor, Arcee, Mirage, Nightbird, Optimus Primal, and Rhinox. These early designs have not been made publicly available yet.

Of course, the movie does have its human characters. It’s these human characters that allow the movie to get relatable to the audience. There is Ramos in this category who plays the Brooklyn-based military vet and then Noah who is amazing with electronics comes from a low-income household (he’s “always hustling,” Ramos said), and is like a father figure to his younger brother (as with In the Heights). Ramos then added, “He’s all about taking care of the people he loves. […] The one thing I love about Noah is his tenacity and his heart, and his will to never quit, in spite of all the crazy things life is throwing at him.”

As far as Fishback is concerned, she is back in the role of an artefact researcher who’s intelligent and works at a museum. Fishback gave her comments regarding this by saying,  “She’s trying to get a leg up in life but her boss keeps taking credit for the work she’s done, so she’s trying to [move out] on her own.” Fishback’s Transformers: Rise of the Beasts character is also from New York. The seventh part of the Transformers movie will be moving between New York and Machu Picchu, the UNESCO World Heritage site set high in the Andes Mountains and of the Amazon Basin in Peru. I’m guessing the Maximals/ Predacons have either been hiding or living there before they start to cause chaos globally.