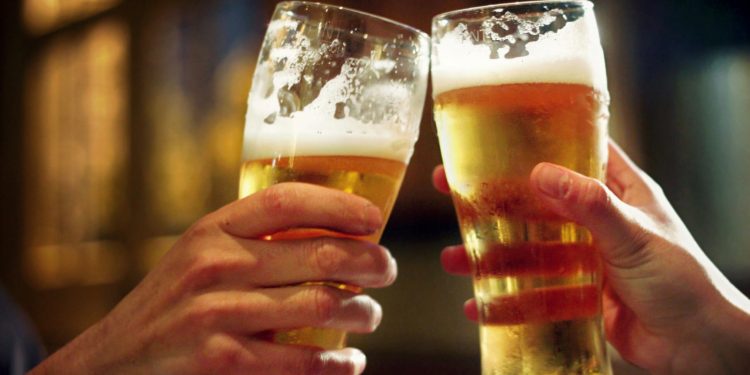 Close-up of two glasses of beer offering, held by the hand of a man (one) and a woman (the other). In the background, shaped bokeh, the silhouette of a window in a pub (or in the privacy of home ...)