by Viveka Massey
in Entertainment
31 1
0 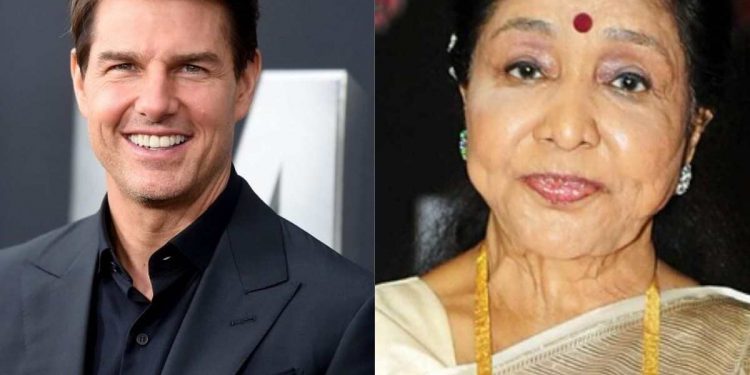 On Monday, legendary singer Asha Bhosle said she was delighted to have Hollywood star Tom cruise at her fine dining restaurant in Birmingham, England.

The American actor Tom Cruise visited Asha Bhosle’s restaurant on Saturday in England, where he was shooting for his upcoming film Mission impossible 7, which is scheduled to be released on 27 May 2022.

The singer also shared mission impossible star’s picture outside her restaurant. She also put a caption saying, “I was very happy to hear that Mr. Tom Cruise enjoyed his fine dining experience at Asha’s (Birmingham) and I look forward to him visiting us again soon”.

The 87-year-old singer also posted the link of the news site Birmingham Live, which reported that while taking a break from shooting his latest movie, “mission impossible 7” Tom Cruise visited the restaurant. The 59-year actor wanted to have Indian cuisine. So, he ordered chicken tikka masala, which he loved so much, he ordered it all over again.

The restaurant also tweeted a picture of Tom with the restaurant’s general manager Nouman Farooqui, and two other. The tweet read, “It was an absolute pleasure to welcome Tom Cruise to Asha’s Birmingham yesterday evening. Tom ordered our famous Chicken Tikka Masala and enjoyed it so much that as soon as he had finished, he ordered it all over again – The greatest compliment.”

The general manager Nouman Farooqui said “Tom asked for it to be served with extra spices, and he liked it. Once he finished it, he ordered a second portion. He was not drinking alcohol so, it was all washed down with ‘Birmingham’ water (from Wales) which is my favourite in the whole country, nowhere else tastes as good.”

Nouman also informed the publication that Tom arrived at the restaurant at 6 in the evening. He further added that Tom wanted to have an authentic Indian meal and didn’t want any fuss. Few people dining there recognized him, but not all, and nobody made a fuss, though people went a little crazy when he left.

In the past, Asha’s restaurant has also served the Rolling Stones and Ed Sheeran.

Check Out : In the Latest Tiffany Campaign Beyoncé Dazzles The World Wearing Over 200 Carats of Diamonds