The Rescue Review: The operation to save the Thai football team.

by Viveka Massey
in Entertainment, Movie
30 1
0 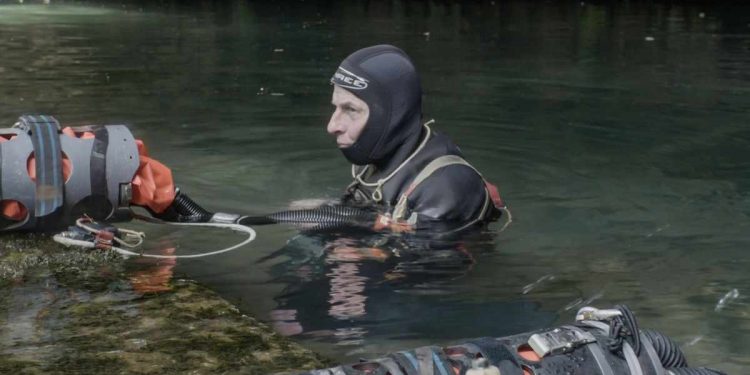 The Rescue Review it is a high-intensity thriller real-life National Geographic documentary. It is based on an international operation to save a junior soccer team from a flooding Thai cave. It is directed by Elizabeth Chai Vasarheli and Jimmy Chin. In 2018 June, a junior football team and their coach were caught by heavy rains. Due to that, they were all trapped in a cave system in Northern Thailand. It was raining a lot, and it was flooding everywhere. The kids and their coach lives were in danger. The clock was ticking, and before the whole cave filled with water, they had to be rescued.

Natural disasters cause lots of trouble and damages because of which many people die. In times of danger, many people show incredible bravery. Those people become heroes, and their courage makes headlines in the newspaper and all over the internet.

Check Out : Surge Review : The story of this one person mental solution in a city

In the interviews, the international divers from the U.K. and Australia were involved in the rescue missions. They revealed that they value their ability to stay calm in tight situations. The skill is not taught to most military diving teams that also requires specialized equipment and a lot of experience. They also revealed the Navy SEALs did not have any of them to complete the mission.

The film is made by the combination of post-rescue interviews and some footage from the actual events. This footage includes an incredible video of the football team in the cave. These videos make the movie look very real. The film is based on a real-life subject. However, there are many factors and many things that can go wrong. The film has a gallery of character portraits. The most expensive member of the group was Richard “Harry” Harris. He is an Australian anesthesiologist and not a keen diver. He was the one who became the chief operating strategist after the boys were found. Finding the group was a remarkable victory, but getting them out was not easy, and it was another matter.

The underwater journey was long and dangerous, and they had no diving experience. Dr Harris put on a breathing mask, and he went down with others when they claimed that the group was down. Dr thought that was a bad idea but, he was the only one who could work. He created a medical cocktail and taught others how to use it.

The group is overseas cave divers who are the best-known members of the group. Two middle-aged British retired firefighters Rick Stanton and a well-known cave veteran named John Volante. They said that they and other divers from around the world were being hired.

The movie should tell us more about the abilities of the divers and others in the mission. However, it only showed their thinking. Overall the film is thrilling, and it will make you emotional.