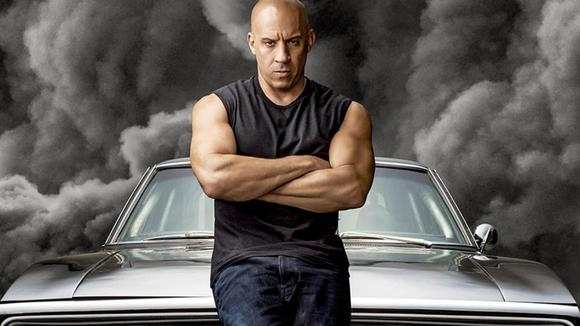 The much awaited Fast & Furious 10 has great news for the fans. It has now set the release date on April 2023 to the cinemas worldwide. On Wednesday, The Universal Pictures have already announced that the tenth chapter of the Fast Saga which is now popular as the Fast & Furious will be presented to the fans. Initially it was scheduled on 2nd April of 2021. However due to the delay for the endemic, it has been pushed to 25th June.

With the huge fan following worldwide, the Furious 7 has contributed to making a gigantic financial success by making a highest entry of $1.5 billion+ in the year 2015. However, the sudden demise of Paul Walker has moved a lot of people.

The Easter weekend has also been chosen as the best week for release for other three foils as well which are Fast & Furious of 2009 which made a gross income of $360 million which is perhaps their lowest entry, Fast Five of 2011 which made a big $626 million and Fast & Furious 8 of 2017 which starred both Dawyne and Vin Diesel together made a huge $1.2 billion + in the market. Fast and Furious 9, which is their last entry was also scheduled to come into the theaters on Easter weekend but the Covid-19 delay clearly changed the plan. However, the numbers are making it clear that weekends would not have any impact on the financial success.

In Europe and Asia, the F9 or the Fast and Furious 9 was premiered Mid-day prior to its arrival in the US. However, in India, F9 is yet to release and fans can’t wait for it. However, due to cinemas being closed due to the Covid situation, September 3 has been the date for the release of F9. Meanwhile, The Suicide Squad and Bell Bottom landed on August 19 which pushed the date for F9.

In the meantime, Universal Pictures has also made a big announcement that the F9 can be watched on 21st September on Blu-ray in Canada and the US. There will be two versions of this film for the people one is the extended version with director’s cut and another is the theatrical version. No wonder that the latter addition by Justin Lin is beyond words, however this is clearly made to make more money from this part. Despite Covid-19 has affected the lives of the people. It made $681.5 million.

Check Out : ‘All American’ Season 4 details: Air date, Netflix release and cast for the season

Fast & Furious 10 will be out on April 7 of 2023 throughout the globe which makes the wait even worse. The filming will start from Jan 2022 to be expected as well as the back to back production for the Fast & Furious 11.

Justin Lin is all set to return in this director form with both of the entries and the return of Michelle Rodriguez, Diesel, Tyrese Gibson, John Cena, Ludacris, Jordana Brewster, Nathalie Emmanuel, Charlize Theron, Sung Kang and Jason Statham. Lin is also about to come up with the return of Paul Walker with the help of CGI and his brothers. As he said, this is something he thinks about every day.