The Kapil Sharma Show, Sumona Chakravarti is not a part of the show this time? 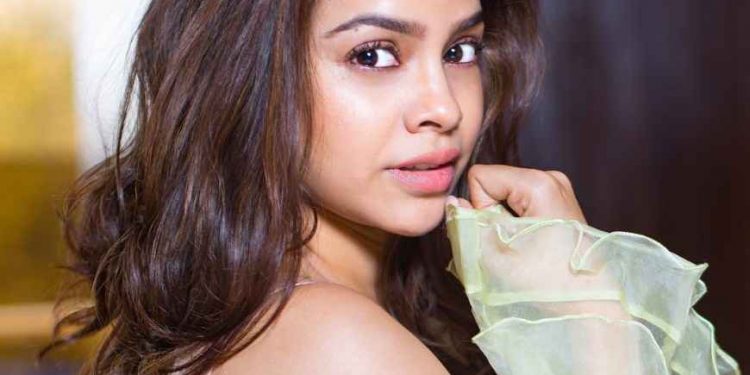 The talk-cum-comedy Kapil sharma show, aired on Sony TV is known to raise plumes of bg laughter among its audience and multitude of viewers with the humorous plot and casts of the show. But, this time, Bhuri (Sumona Chakravarti) is reported to have not been a part of the show.

The popular comedy show, ‘The Kapil Sharma Show’ was gone off-air in the month of February this year but is now all set to come back while starring the ace comedians of the industry. The new season of the show is reported to have a cast of- Krushna Abhishek, Kiku Sharda, Archana Puran Singh, Bharti Singh, Chandan Prabhakar, and Sudesh Lehri. As you can notice a slight change in the cast this time, Sumona Chakravarty, the comedian who plays the role of Bhuri in the show is not mentioned in the list of the cast this time.

The same was noticed by netizens when they saw the picture posted on the Twitter handle. In the picture, the cast is seen to be standing smiling while celebrating the onset of the new season of the show but still comedian Sumona Chakravarty is nowhere to be seen.

Bhuri, played by Sumona Chakravarty is the character who plays the role of Kapil Sharma’s wife or even at times as his love interest. The absence of Sumona Chakravarty had left netizens wondering as to what made the comedian back out of the show?

The audience was sad to know the drastic change in the show’s cast and also relayed their agony through tweets saying how they would miss the rhetoric entry and witty remarks made by Bhuri in the show that left the audience in splits.

Although it is still uncertain as to whether Sumona Chakravarty will join the Kapil Sharma Show or not.

In March this year, Kapil and other cast members did auditions for new members. He said in a statement, “I am excited and happy to welcome new talent – actors and writers on ‘The Kapil Sharma Show’. Looking forward to meeting like-minded and talented individuals who have the right passion for entertainment.”

It has also been reported that the show will be on air from August on Sony Entertainment channel, while being produced by Salman Khan Television and Banijay Asia. On being asked about the precise return of the show on TV, he said, “obviously the channel will also make an official announcement when the exact date is locked.”

Deepak Dhar was also seen to b talking to the interview panel and said, “The Kapil Sharma Show has created its loyal set of fans. Dhar revealed that they are looking forward to expanding their team, make a fresh start, and entertaining the audience once again.”