Tauktae Toofan to turn into a cyclone 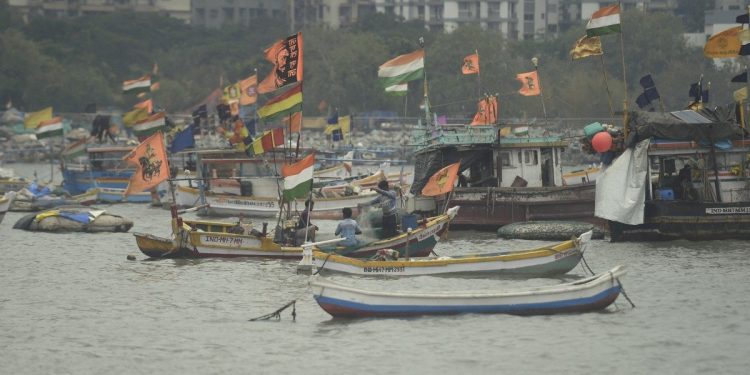 Over 1.5 Lakh people from the Low Coastal Areas of Gujarat have been shifted as the storm changes into an “Extremely Severe Cyclonic Storm”. This status of Tauktae was declared today by the Indian Meteorological Department(IMD). This change was not predicted by the IMD before, and the indications of this cyclone started in the early hours of Monday.

At present, the cyclone has a wind speed of 180-190 kilometers per hour. The winds gusting is measured to be 210 kilometers per hour. According to the IMD, the intensity of the cyclone should decrease as it reaches Gujarat. The Cyclone Warning Division of the IMD commented, “The very severe cyclonic storm ‘Tauktae’ (pronounced as Tau’Te) over the east-central Arabian Sea moved north-north-westwards with a speed of about 20 km/h during past six hours, intensified into an extremely severe cyclonic storm.”

They further added, “It is very likely to move north-north-westwards and reach Gujarat coast in the evening hours of 17th and cross Gujarat coast between Porbandar and Mahuva (Bhavnagar district) during the night (20002300 hours IST) of May 17 as a very severe cyclonic storm with a maximum sustained wind speed 155-165 km/h gusting to 185 km/h.”

Along with the shifting, 54 teams of NDRF and SDRF have been deployed after receiving the updates from the IMD. They have been warned about Tauktae reaching the state coast on Monday and cross it on Tuesday.

A private Company, Skymet, also gave its view, “A swathe of 100 km on either side of the anticipated strike always remains vulnerable.” It is a warning about a possible landfall that might occur between Gujarat’s Mahuva and Porbandar areas which are close to Diu.