6 Books About Tata Company History You Should Read 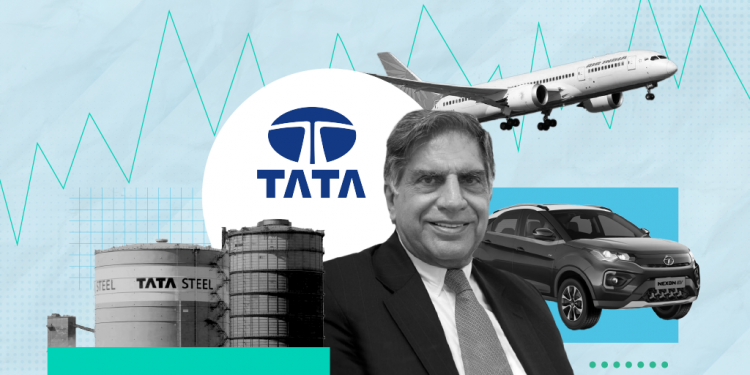 The Tata Group is one of the most respected business conglomerates in the world. It was founded by Jamsetji Tata in 1868 and has been a driving force in India’s economy ever since. The Tata Group has a rich legacy of innovation and entrepreneurship and has consistently been at the forefront of India’s economic growth. If you’re interested in learning about tata company history, there are six books that you should read. These books provide a comprehensive overview of the company’s history, from its early beginnings to today. They offer a fascinating glimpse into the Tata Company’s past and help you understand this iconic company better.

‘The Story of Tata’ by Peter Casey

This book by Peter Casey did good justice to the TATA Story. This book gives you the basics of how TATA started. How there were always a clear vision, ethics, and motivation behind running it.

It specifically addresses the turmoil of the Cyrus Mistry (non)leadership and also covers the beautiful journey from Sir Jamsetji Tata to Mr. Ratan. N. Tata that will leave you in goosebumps and buckets of tears (The Taj Palace attack).

‘The TATAS’ by Girish Kuber

This book is a good summary of Tata’s contribution to the country. Tatas, over the past 200 years have shown that business can be used for creating social wealth as well as being profitable without being unethical. This book is a good read for all who are interested in reading about business houses.

‘The TATA Group’ by Shashank Shah

This book gives us a glimpse of what is possible in this country of ours if only men and women of high moral standards, ethics, values, and vision lead the way forward by establishing institutions and businesses that follow, uphold and propagate such high standards through generations.

‘Tatastories: 40 Timeless Tales to Inspire You’ by Harish Bhat

TATA Stories by Harish Bhat talks about 40 timeless tales about the journey and success of TATA groups established by Jamsetji Tata. We also get to read about his endeavors with Kalpana Chawla, Gandhiji, Swami Vivekananda, and many more.

This book is more than just a biography. It is about TATA history and the Indian political scenario. It was really good to know JRD Tata’s business ethics. His contribution to various companies and especially aviation in India is unparalleled. His dedication to companies and the nation is reflected throughout the book. He was a great visionary. It also gives information about the growth of Tata companies under JRD’s chairmanship.

This book is a very interesting study of how Tata shaped Indian capitalism through paternalism, technocracy, and philanthropy. Rainau’s work is a good accessible guide that provides an entry into the powerful world of the Tatas. Rainau mainly argues how with the help of foreign capital, philanthropic initiatives such as setting up of trusteeships, and the use of pedagogic discourse on labor discipline and improvement, the enterprising Tatas were able to consolidate their business into a global corporation which often clashed with the Indian state for sovereignty claims over the national economic space within India.