Zee5’s latest web series, Sunflower, has attracted a lot of audience with just the trailer that had released. Made by Vikas Bahl, the series mainly revolves around a murder in the suburban housing community and the chaos that is therefore created. Of course, there is then the involvement of the police, which spices things up, as the mystery is slowly uncovered.

by Digi News Staff
in Entertainment
32 0
0 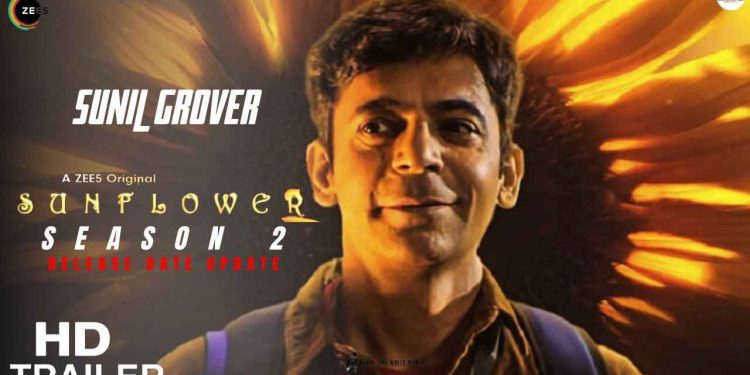 The Web Series comes with a curiosity blast. Bodies with two suspects making the major mystery. The hidden motive behind the murder taking up the rest of the pending mystery space.

Zee5’s latest web series, Sunflower, has attracted a lot of audience with just the trailer that had released. Made by Vikas Bahl, the series mainly revolves around a murder in the suburban housing community and the chaos that is therefore created. Of course, there is then the involvement of the police, which spices things up, as the mystery is slowly uncovered.

There is a clear Suspect: Sonu Singh the Sales Manager

With the evidence collected for the murder of Raj Kapoor at the first go, Sonu Singh ( played by Sunil Grover) becomes the clear suspect. The Neighbour (played by Mukul Chaddha) also falls under the category because of Dr Ahuja’s( the said neighbour)  suspicious behaviour.  More suspects line up as the series proceeds and as inspectors Digendra (Ranvir Shorey) and Tambe (Girish Kulkarni) dig deeper into the murder case. The case, however, gets exciting when the victim’s wife enters the suspect line. Shonali Nagrani plays the role of the wife.

The best part of this series is that the audience will never guess what the twists are. The story manages to hide well but still gives the audience the itch to try and predict who the killer might be. The careful behaviour can be seen, the series isn’t very tough nor is it easy, it the right amount to get the audience to bite their nails and wait for the mystery to unravel.

Sonu Signh’s character has been made perfectly, with the blend of Quirkiness and Innocence. He doesnt portray a very normal neighbour nor colleague, which fits well for the series’ mystery feature. The characters behaviour often makes the audience feel sympathy but also makes them question where this sympathy is directed at. In one of the interviews which was taken prior to the release of the show, Sunil Grover stated that he could not categorise the show particularly and that Sunflower had vibes of “sensations, humour and dark comedy.” The character played by Grover gives the show the extra kick and has strengthened the series. It is also fresh to see Grover lay a roe of substance.

Chadda played a role made to Despise

The teacher was a role that the audience would certainly despise. This teacher character named Chadda was impulsive, short-tempered and annoying as he lives through dominating his wife and accusing her of wishing for his death as she did not fast on Karva Chauth. His story seems very unclear and nothing goes his way, though the audience does not get any peace here, as the show doesnt not sort out this piece of mystery, leaving them wanting.

As far as the other characters are concerned, Ashish Vidhyarthi plays Dilip Iyer, who is a candidate for Sunflower’s chairmanship. It is through this character that the movie marks bring out and portray the biases and prejudices present in the society- stigma around divorced women, single women, homosexuals and religions. In contrast to his behaviour, his daughter, Paddy Iyer (Ria Nalavde), comes in with her open mind, revealing the mindset of the younger generation. Apart from these two characters, Gurleen and Justina also come in helping in portraying this part of the story.

The characters definitely have their personality, but it seems a though Bahl has not managed to connect them properly. The characters and the plot do not necessarily merge in the series, leaving it without any actual purpose. The entire series of 8 episodes has a set of interesting character which attracts the attention of the audience but eventually does not deliver the promise it seems to keep when it starts. The show does have a lot of potentials, but maybe all to waste.

The personality of the Characters are Engrossing

The characters have a personality that is pretty unique, which makes it interesting for the audience. Sonu, for instance, has a fixed and careful morning routine where he steps out scans the surrounding and the opposite building and takes the elevator. Not the usual everyday behaviour, is it? But in spite of the unique nature, it actually fits perfectly well for Sinu.