by Viveka Massey
in Entertainment, Movie
31 1
0 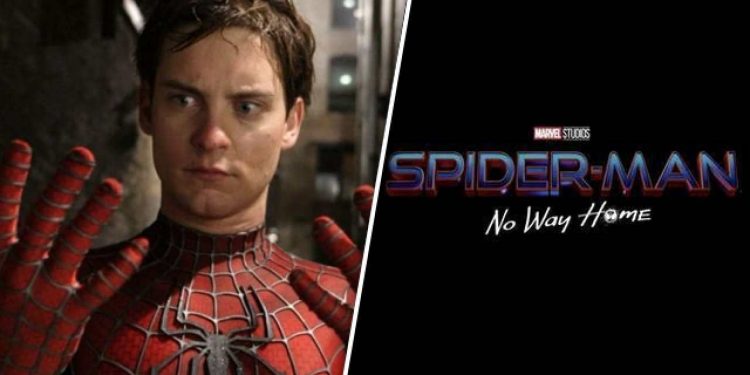 On Sunday 22 August, a video surfed on social media claiming to be the trailer of Spider man: no way home.

Spider man film series consists of superhero films based on the fictional Marvel Comics character of the same name. The superhero was created by writer-editor Stan Lee and he appeared on the big screen in 2002 in ‘Spider Man’ once again spider man series are back with Spider man no way home. He has always been every ones the favorite superhero from the comic book era as well as today. The upcoming film will show how, Peter Parker deal with the life after his identity is revealed to the world.

Everyone love Spider man and the fans are excited for the movie and the trailer. Hopefully we will be able to see it in theaters this year.

But before any official news or trailer a video went viral on 22 august on social media platforms claiming to be the trailer of the upcoming movie Spider man: no way home.

The original leaked video has been taken down but it is not an easy task to completely vanish it from Internet because it has already been shared everywhere on every platform.

Considering this situation Sony has come in full firefighting mode to remove the video completely from internet.

What was there in the leaked video

In the leaked video Peter Parker (played by Tom Holland), is dealing with the life after his identity is revealed to the world in Spider man: far from home and his girlfriend MJ is comforting him. Afterwards he approached Doctor Strange (played by Benedict Cumberbatch) for some solution. There he suggested him to mess with the multiverse and cast a spell to make people forget his identity. Further he is sent spiralling the world meeting characters from old Spider man movies such as Doctor Octopus, Electro and Green Goblin.

Check Out : “Spencer” Starring Kristen Stewart Is Set To Release This Year

Some fans also made jokes like they will be defending the responsible person for the leaked video in the court.

A day after Sony pictures takes down the alleged leak which showed a first look of Tom Holland’s return as Peter Parker the movie studio released the trailer officially on Monday.

The Spider man no way home is scheduled to be released on 17 December 2021, in theaters.

Rothman who introduced the anticipated trailer said “All things come to those who wait, and in this case it’s the real thing, the genuine article.”

The trailer introduced by Rothman features Peter Parker who is living in the world where his identity has been revealed to the world and his life has become a mess.