Gosiame Thamara Sithole, a woman from South Africa’s Gauteng, has broken a Guinness World Record as she has given birth to 10 babies at once. When a set of ten babies are born at once, the babies are called decuplets. 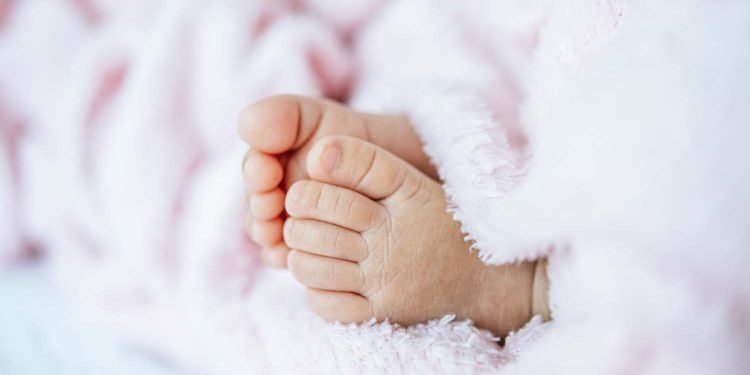 Breaking a Guinness World Record, Gosiame Thamara Sithole, a woman from Gauteng,  South Africa, gave birth to 10 babies at once. This record was previously being held by a Moroccon woman Halima Cisse, who had given birth to 9 children last month.

This record-breaking birth of 10 babies took place on the 7th of June, in a hospital in Pretoria, as informed by Gosiame Thamara Sithole’s husband Teboho Tsotetsi to Pretoria News. The couple was initially informed by their doctor, after reading their medical scans, that they would be giving birth to eight babies, but instead, she delivered seven boys and three girls by Caesarean section.

Gosiame Thamara, who also has six-year-old twins, had previously claimed to the Pretoria News that her pregnancy was natural.

Teboho Tsotetsi told Pretoria News, “It’s seven boys and three girls. She was seven months and seven days pregnant. I am happy. I am emotional.”

During an interview with Pretoria News conducted before the birth of her babies, Gosiame Thamara Sithole,  had said, “I am shocked by my pregnancy. It was tough at the beginning. I was sick. It was hard for me. It’s still tough but I am used to it now. I don’t feel the pain anymore, but it’s still a bit tough. I just pray for God to help me deliver all my children in a healthy condition, and for me and my children to come out alive. I would be pleased about it.”

Sithole’s doctors had previously said that she was expecting to have six babies (sextuplets).  Later, through several additional scans, the doctors predicted octuplets or eight babies, but ultimately, Gosiame Thamara Sithole delivered 10 children.

Gosiame Thamara Sithole had said that the two babies could not be detected initially because they were inside the wrong tube.

The deputy head of the school of medicine at the Sefako Makgatho Health Sciences University, Professor Dini Mawela, said that Sithole’s case was a rare one. Such a situation is usually caused by fertility treatments, the professor said. However, Sithole had clarified earlier that she was not on fertility treatment.

Professor Dini Mawela said to Pretoria News, “It’s quite a unique situation. I don’t know how often it happens. It’s extremely high risk (pregnancy). It’s a highly complex and high-risk situation. The danger is that, because there is not enough space in the womb for the children, the tendency is that they will be small. What would happen is that they would take them out pre-term because there is a risk if they keep them longer in there. The babies will come out small, chances of survival compromised. But all this depends on how long she carried them for.”

The Pretoria News started off with the story with an interview with Sithole and her husband Tsotetsi which was taken at their home They took this interview nearly a month ago and this was when they were expecting the couple to be having eight babies. The delay in the release of the interview was because of the request made by the two to release the story only after the babies were born for safety and cultural reasons, the newspaper said.

When a set of ten babies are born at once, the babies are called decuplets, and a set of nine, nonuplets.