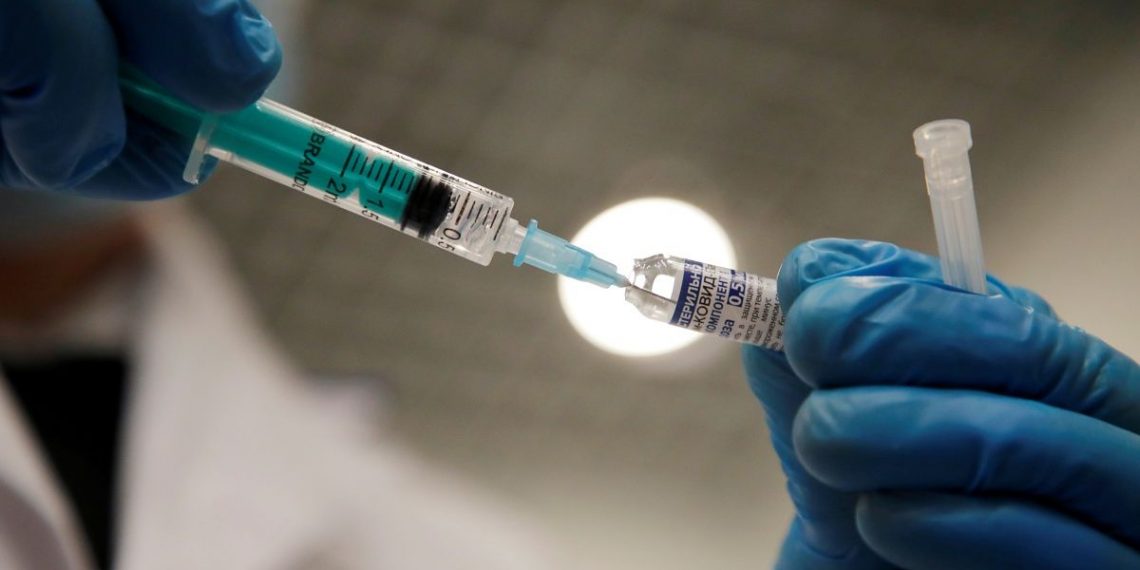 South Africa is dealing, with the coronavirus’s fourth wave, which is, being driven by the omicron variety.

More immunizations are being pushed in the country, as well as the development of its mRNA vaccine.

From the outside, the building in Cape Town’s industrial district appears to be any other unremarkable warehouse.

It is a ray of hope for the entire African continent’s biotech industry and vaccine production.

Inside, preparations for future mRNA vaccine manufacture are underway.

Manufacturers, were invited to apply for the establishment of, an mRNA hub for low- and middle-income countries as part of the Covax project for the production of COVID-19 vaccines, and Afrigen Biologics won out against roughly 60 rivals.

The project is supported by the European Union, the World Health Organization, and several countries.

“One of COVID’s positive legacies is this.

We’ve seen the tremendous money that’s now accessible in South Africa and across Africa “during a tour of the facilities, Afrigen managing director Pietro Terreblanche stated.

The project began five years ago with a focus on African tuberculosis vaccines, but it has since turned to mRNA technology.

Copies of the Moderna vaccine, should be made.

During the pandemic, only BioNTech-Pfizer and Moderna were able to develop a commercial presence in the mRNA field.

BioNTech, a German company, will start bottling its COVID-19 vaccine in South Africa with a partner next year.

Terreblanche sought to find a partner in Moderna, but he was unable.

“As a result, the team has jumped in with our academic partners and South Africa’s expertise base to build our vaccine,” she said.

The Moderna vaccine is being replicated by Afrigen Biologics.

Check Out : All about Omicron

Witwatersrand University in Johannesburg is a significant collaborator; its Antiviral Gene Therapy Research Unit has been exploring mRNA therapeutics since 2015, according to director Patrick Arbuthnot, making it a unique project on the continent.

The focus has been on COVID-19 since, the coronavirus outbreak, and scientists are sharing what they’ve learned with the Afrigen team.

“We were able to figure out how Moderna mRNA is made using publicly available data.

We have the sequence and context of the sequence, which we were able to duplicate — the goal is to use it as a reference rather than a product “According to Arbuthnot.

“We’d like to create our own ideas and compare them to the Moderna vaccine, which we’re already doing.”

The team was tasked by the South African government to produce a vaccine that is also effective against the omicron version, which is responsible for the majority of new COVID-19 infections in the country.

People who have been vaccinated or who have recovered from an illness, such as South African President Cyril Ramaphosa, who was one of the first in the country to get Johnson & Johnson’s vaccine, might still contract the virus.

So yet, no stricter regulations limiting public events or social gatherings have been implemented, with officials instead attempting to persuade vaccine-sceptical people to receive the shots.

Only one in every four South Africans is fully vaccinated at the moment.

A turning point in the epidemic is possible.

Shabir Madhi, a professor of vaccinology at the University of the Witwatersrand, wrote on Twitter that it’s “inexcusable” that the government has “15 million vaccines un depot” but doesn’t issue booster injections to everyone, including those who had the Johnson & Johnson one-shot vaccine.

However, if “no significant rise in hospitalisation, and death in the next 2-3 weeks,” he believes a turning moment is approaching.

Abdullah Ely analyses sequences of omicron cases supplied to him by various labs in the mRNA lab at Witwatersrand University.

Within “a few months,” he hopes to have a DNA sequence to test in mice.

“Once we have a candidate that works well,” he continued, “we will be able to take that to Afrigen,” who would then “transform this into something that can be manufactured on a wider scale.”

As part of a plan

It’s a long procedure that involves clinical studies and might take years to complete.

It would be faster, according to Terreblanche, if a company that had already developed an mRNA vaccine collaborated.

Since the outbreak of the epidemic, South Africa has been pleading for the suspension of patent rights.

During the pandemic, Moderna has stated that it will not sue for its COVID vaccination patents.

However, any business that conducts clinical studies and then wants to commercialise a Moderna-based vaccine could face legal action.

South Africa’s COVID-19 death rate has not grown as expected.

“We’d like to have a voluntary licence so that we may export this technology to other low- and middle-income nations and use the platform for additional vaccines,” Terreblanche added.

“This hub, as well as the capacity and competence we’re developing here, are beyond COVID’s capabilities.

It is part of a plan from Africa to generate 60% of our vaccinations by 2040, as part of a larger plan to create an integrated vaccine system dusty.

One of the most important lessons of the pandemic, in terms of vaccine distribution, is to become more self-sufficient, according to Terreblanche, who added that most vaccinations used on the continent, are imported.

“Within three years, Afrigen and its partners want to bring the first homegrown products to market.”

They aren’t the only ones who have taken to the streets.

A yellow fever vaccine, is produced at the Pasteur Institute in Senegal, and Rwanda has expressed interest in developing vaccines and drugs.

BioNTech has inked agreements with the Pasteur Institute and the Rwandan government.

Moderna has yet to make a final choice.