Sooryavanshi Movie: Celebrate this Diwali with your family in theatres. 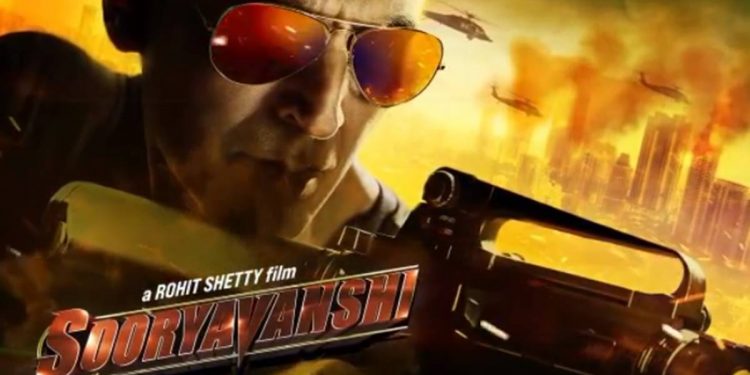 The wait is over! Fans don’t have to wait any longer for Akshay Kumar’s much-awaited film, Sooryavanshi. This Diwali, Sooryavanshi will be released in theatres on Diwali 2021. The Bollywood filmmaker Rohit Shetty himself announced the news.

Rohit Shetty has confirmed that Sooryavanshi will be released on Diwali this year. He took to social media and announced the news. He also thanked Maharashtra Chief Minister Uddhav Thackeray for allowing the theatres and multiplexes to reopen in the state from October 22.

In a post, Rohit wrote, “Thanks to our Honourable Chief Minister, Shri Uddhav Thackeray, theatres in Maharashtra to reopen from 22nd October. And FINALLY!!! we can say, This DIWALI… AA RAHI HAI POLICE.” Jayantilal Gada and Rohit Shetty met Maharashtra CM Uddhav earlier in the day to discuss the reopening of the theatres across the state. The Shiv Sena leader assured that theatres in the state resume functioning from October 22.

Fans are very excited they have flooded the comment sections with their messages. They are showing their excitement and expressing their feelings about the movie. Apart from Rohit and Akshay, Bollywood trade analyst and critic Taran Adarsh also confirmed the news on Twitter. He wrote- “IT’S OFFICIAL… ‘SOORYAVANSHI’ ARRIVES IN *CINEMAS* THIS DIWALI… The wait is over! It’s time to watch movies on BIG SCREEN again.”

Sooryavanshi was going to be released on the big screen in March 2020. But due to Covid-19, the makers postponed the release. Then earlier this year, the producers announced that the film would be released on April 30. Again it was postponed because things didn’t go as planned. Cinema halls were all closed due to the combat of the second wave of Coronavirus in India.

Several filmmakers have postponed and skipped the theatrical release for their films. Few producers waited for the reopening of the cinema halls to release their movies in the cinema halls. Many movies like Ranveer Singh’s starer ’83’, based on India’s 1983 Cricket World Cup victory, has been delayed twice. Several other films, like Bunty Aur Babli 2 and Satyameva Jayate 2, might be released soon. This means maybe we can watch these movies at the end of 2021 or in 2022.

Fans can also watch their favourite actors and characters, Simmba and Singham, in Sooryavanshi. Ranveer Singh and Ajay Devgn will be seen reprising their respective characters. The film also stars Katrina Kaif and Gulshan Grover in significant roles.