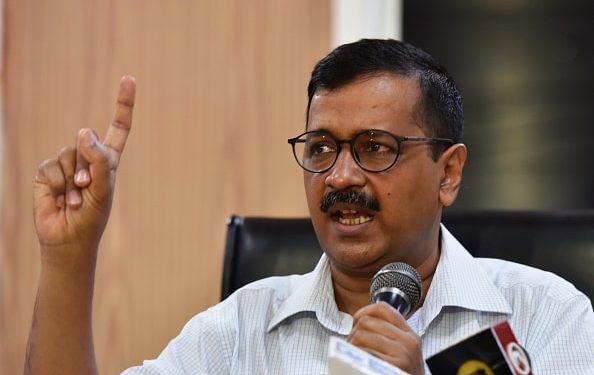 Arvind Kejriwal opposed by Singapore Government on his remark about COVID-19’s third wave, supposed to have made ‘unfounded claims’.

Singapore expressed its firm opposition to Delhi Chief Minister Arvind Kejriwal’s remarks that a version of COVID-19 discovered in the world was especially harmful to children and could trigger the third wave of infections in India, to Indian High Commissioner P Kumaran on Wednesday.

Arindam Bagchi, a spokesperson for the Ministry of External Affairs, said the Indian High Commissioner informed the Singapore government that the Delhi chief minister lacked the authority to comment on COVID variants.

The Singapore foreign ministry said in a statement that there is no “Singapore version” and that the B.1.617.2 variant, which was first discovered in In, is the strain that has been seen in multiple COVID-19 cases in recent weeks.

Bagchi tweeted that- “Singapore Government called in our High Commissioner today to convey strong objection to Delhi CM’s tweet on “Singapore variant”. High Commissioner clarified that Delhi CM had no competence to pronounce on Covid variants or civil aviation policy.”

The Singapore Government expressed remorse and disappointment with the fact that as prominent and influential political figure as Kejriwal, is spewing statements that do not pertain to the existing facts.

On Tuesday, Kejriwal took to Twitter to call for the immediate cancellation of all air services to Singapore, claiming that a strain of coronavirus discovered in that country could spread to Delhi in the form of a third wave.

Kejriwal later made a tweet in Hindi which said, “The new form of coronavirus in Singapore is said to be very dangerous for children. It could reach Delhi in the form of a third wave. My appeal to the Central government: 1. Cancel all air services with Singapore with immediate effect 2. Work on vaccine alternatives for children on a priority basis.”

In a series of tweets on Wednesday, Jaishankar praised Singapore’s status as a logistics centre and oxygen provider, saying the two countries have become strong allies in the fight against the pandemic.

“Their gesture of deploying military aircraft to help us speaks of our exceptional relationship,” Jaishankar said.

“However, irresponsible comments from those who should know better can damage long-standing partnerships. So, let me clarify- Delhi CM does not speak for India,” he said.

The MFA said it discussed its issues with High Commissioner Kumaran this morning.

“There is no “Singapore version,” as MOH pointed out in a press release dated May 18, 2021. The B.1.617.2 strain, which was first discovered in India, has been found in a large number of COVID-19 cases in recent weeks ” according to the Ministry of Foreign Affairs.

The assertions made by Delhi’s Chief Minister were tagged as ‘unfounded’ by the Singapore Government as he failed to ascertain the facts even before making such claims.