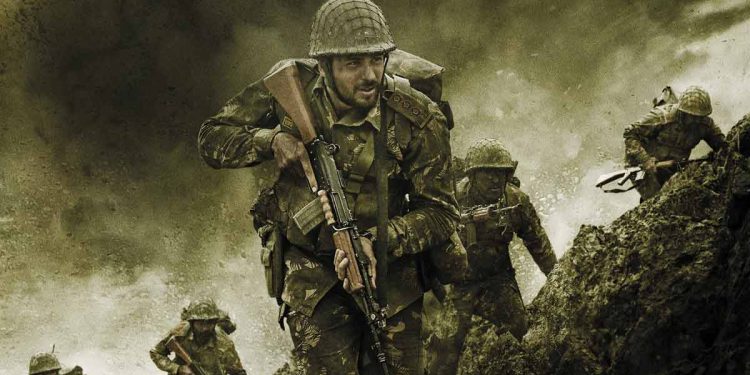 Shershaah – There may be a lot of differences among people in our country but still, there are some things about which all of us feel the same way, as the adrenaline rush whenever there’s a discussion about the Kargil War. One of the toughest wars in the history of our country, the Kargil war was the result of the infiltration of the Pakistan army. Pakistani soldiers infiltrated the high peaks of Kargil in the dress of terrorists and took possession. Although the war was won, we lost a lot of gems in the process and one of them was Captain Vikram Batra code-named Shershah. Captain Vikram Batra showed indomitable courage during the Kargil war and tales of his bravery in the war made him a hero across the country.
Now, Karan Johar’s Dharma Productions is coming up with ‘Shershah’ on the story of Captain Vikram Batra.

The trailer of the film has been released before Kargil Vijay Diwas. The trailer showed the actor Sidharth Malhotra as Captain Vikram Batra Paramveer Chakra. Also, the trailer included the clips of the interview of real Captain Batra himself. It reveals that many unexplored aspects of Vikram’s life are going to be seen in the movie.
Shershah started streaming on Amazon Prime Video on 12 August and gathering a lot of praise from people all around the country.

Shershaah’s official synopsis reads it as a story of valour, love and sacrifice, and is inspired by the life of Captain Vikram Batra (PVC). The film celebrates his valiant spirit and honours his invaluable sacrifice in the Kargil War of 1999. Staying true to his codename ‘Shershah’, Captain Batra’s valiant fight and ultimate sacrifice were instrumental in India’s victory.

The cast of the movie includes Sidharth Malhotra as Captain Vikram Batra, Kiara Advani as Dimple Cheema, Shiv Pandit. ‘Billa’ fame director Vishnu Vardhan is the director of the movie and the music is composed by Yuvan Shankar Raja.

Check Out : The Tomorrow War movie review: The biggest villain in this Chris Pratt movie is its nonsensical script

Vikram Batra was a Captain in 13 JAK Rifles. He joined the army in 1997 and within two years, he became a Captain. In the war of Kargil, under his leadership, the army had conquered the five most important points of Kargil. Many of these points were on a steep climb of 70 to 80 degrees and the Pakistani soldiers sitting above could watch every movement of our soldiers. Despite this, the Captain and his comrades won the difficult battle and gave the army a strategic edge. He was martyred on 7 July 1999 while saving his comrades at the mere age of 24 years. Captain Vikram was awarded the Param Veer Chakra posthumously which is India’s highest military decoration.

There are lots of hopes from the movie as there was a lot of excitement for it. Now, let’s hope that the movie will be stood up to its name as Captain Batra stood up to his code name ‘SHERSHAH’.