Mastermind ran an extortion empire from within Tihar while his partner extorted Crores through the Hawala network outside. 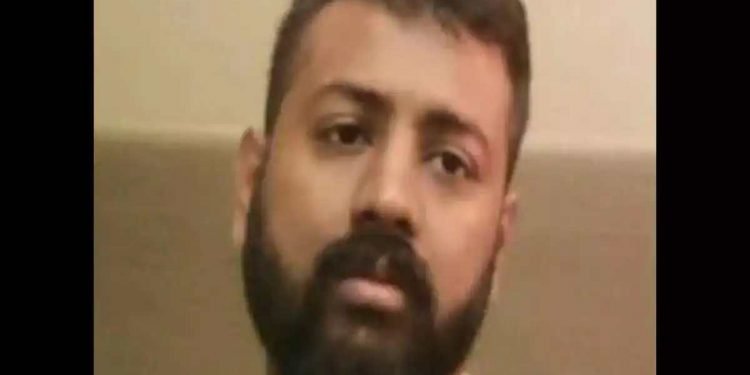 Reports of a scam surfaced on the news recently. Sukesh Chandrasekar, a conman, tricked people by using a mobile phone from within Tihar jail. He usually pretended to be a government official, a minister’s aide, and sometimes a Supreme Court judge. Her partner Leena Maria Paul collected the extorted money through the Hawala network outside.

The questioning of two Bollywood actors helped Law Enforcement Agency uncover the details of this large-scale scam. Chandrasekhar’s latest ruse was exposed when two actors were questioned by investigators. One of them is the partner of Sukesh, Leena Maria Paul, a small-time actress who starred in 2013 in Madra Café. Another one was Jaqueline Fernandes, a friend of Leena and one of the couple’s victims.

Chandrashekhar was first arrested when he was 17 in 2005. He scammed a couple from Bengaluru of 1.14 Cr. He pretended to be a friend of former Karnataka Chief Minister HD Kumaraswamy’s son. After that, he and Leena were arrested in a fraud case of 19 Cr in Chennai. According to the sources, there are more than 23 fraud cases against Chandrasekhar and Leena.

The couple built a fortune by cheating people. The couple owns a sea-facing bungalow with a fleet of expensive cars. It can be said that they were living an extravagant lifestyle.

The couple bought the bungalow with Rs 200 Cr, which they got from their latest victims – the wives of Malvender Singh and Shivinder Singh, former Fortis Healthcare promoters. According to the police, the couple tricked their latest victims by pretending to be close to the Law Minister and Home Minister. The couple promised they will help Malvender and Shivender to secure bail. No response got from Malvender and Shivender’s family. But a copy of the FIR that was filed by Shivender’s wife Aditi Singh confirms the charges.

Check Out : $74 Million Cryptocurrencies Were Stolen By Hacker

The bungalow owned by Chandrashekar is filled with luxurious furnishings. They also have a racing car in the living room, a Mercedes Benz 300 SLR with 722 emblazoned. The racing car is apparently from the famous Mille Miglia race of 1955.

Goods worth rupees 20 Cr has been seized by Enforcement Directorate. The goods include shoes, bags, and clothes from brands like Chanel, Dior, Ferragamo, Louis Vuitton, Hermes, and Versace. The couple also owned a Bentley Bentayga, a Ferrari 456 Italia, an Escalade, a Mercedes AMG 63, and a Lamborghini.

Chandrashekhar has conned businessmen and politicians from jail since 2017. He earned over 100 Cr through that. He used high-end devices to cheat. CBI learned that Chandrasekhar scammed former AIADMK chief VK Sasikara’s family. He pretended to be a Supreme Court Judge, and he ensured the family that VK Sasikara will be released from Bengaluru prison as soon as possible.

The Delhi police are working hard to secure a conviction for Sukesh and Leena.