John Abraham will fight against corruption in the sequel to the action film 'Satyamev Jayate'. 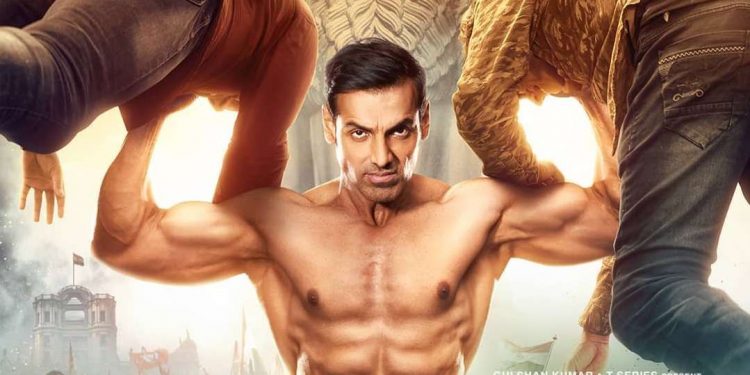 The trailer of Bollywood star John Abraham’s film ‘Satyamev Jayate 2’ has released on 25 October-2021. In the trailer of the film, John is in powerpack action. The surprising thing is that John Abraham is not only in one or two but triple roles. Actress Divya Kumar Khosla is also opposite one of John’s characters.

Milap Milan Zaveri is the director of ‘Satyamev Jayate 2’. Bhushan Kumar, Krishan Kumar’s T-Series, Monisha Advani, Madhu Bhojwani and Nikkhil Advani have made this film under the banner of Emmay Entertainment. Divya Kumar Khosla is playing the lead female character. John Abraham with Manoj Bajpayee was the lead in the prequel of the film.

As mentioned before, the trailer is getting a lot of reactions. Fans are loving it, and some are trolling it. A comment came out from an account named Lover Poster – “what a joke!” A user made fun of a shot of John in the film and compared it to the ‘Jaadu’ of Hrithik Roshan’s ‘Koi Mil Gaya’.

Several reactions have also come on a poster of Divya Khosla. In the poster, her facial expression is being described as funny. The poster shows Divya Khosla, wearing a white suit, is running while away holding a weapon. A user named Christopher said – “It would be better if the release of the film is stopped. whose plan will be to watch the film, seeing this childish poster, he will also cancel his plan.” A user named MJ John said while praising the trailer- John’s body, John’s action, John’s strong voice, superhit.

Someone said that even bad publicity is a form of publicity. Whether it is good reactions or the trolling one, they made the trailer trend on the internet.