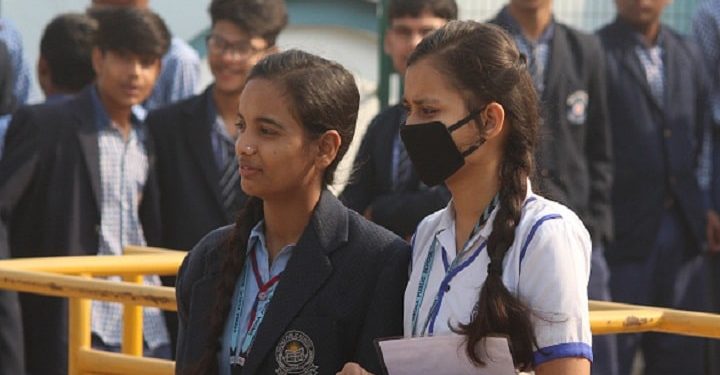 With the recurring postponement of CBSE class 12th board exams, the committee has decided to go forward with the commencement of examinations once the COVID-19 situation stabilizes in the country.

In a recent committee meeting held, many states were reported to agree with taking the exams for only 19 major subjects, in a much-shortened format, in July-August. On the other hand, the committee witnessed demands from several states about vaccination.

Kerala, Assam, Delhi, Maharashtra, Madhya Pradesh, Haryana, and Meghalaya have all urged the Central Government to vaccinate teachers and students as soon as possible to ensure their safety at the test center.

Except for a few districts, such as Delhi and Maharashtra, the rest of the states favored continuing with the exams, according to an officer who attended a meeting of state education ministers and secretaries chaired by Defense Minister Rajnath Singh on Sunday.

After the conference, Singh said, “The Government’s goal is to conduct all exams in a clean and secure setting.” Both states have been invited to provide written input by May 25.

This effectively rules out a decision to cancel the CBSE Class 12 test this year for the time being, but several states are in agreement with organizing the exams although in a shortened form and for only the major subjects. Owing to the second phase of the pandemic, the Class 10 Board review has also been postponed.

Uttarakhand, Andhra Pradesh, Arunachal Pradesh, Sikkim, Gujarat, Uttar Pradesh, Jammu and Kashmir, Himachal Pradesh, Chandigarh, Assam, and Tamil Nadu were among the states that approved conducting the Board exams in a shortened format, according to reports.

Punjab stressed the importance of holding exams in person, even if only for a few subjects. Karnataka and Puducherry have decided to follow the Central Government’s lead.

The test will most likely be conducted in two phases, from July 15 to 30, and from August 1 to 14, in the suggested curtailed format, and will only include 19 main subjects out of the 174 provided by CBSE to Class 12 students.

Each test will last one-and-a-half hours instead of three hours, with the only objective and short-answer questions on the question papers. Physics, Chemistry, Mathematics, Biology, History, Political Science, Business Studies, Accountancy, Geography, Economics, and English are the four main subjects that a CBSE student would take.

The Central Government convened a meeting of all state governments to solicit input on two exam-conducting alternatives suggested by the CBSE. The national board has proposed that exams for 19 main subjects be conducted in the “current style” and at specified test centers, with minor subject marks based on major subject results.

This choice will take one month for pre-exam operations, two months for exam administration and results in the announcement, and 45 days for compartment tests. The first alternative, which is proposed to be held in August-September with results in October, will only be implemented if the Board has a three-month window.

The CBSE has recommended that Class 12 students take the main subject exams in their own schools (read self-centres) rather than specified centers under the second format, which would take just 45 days to complete. Aside from the exam’s shorter length, a Class 12 student can only take one language and three electives (read major) subjects.