Realme GT Neo 2 is to be launched in India.

by Viveka Massey
in Gadget, Technology
30 1
0 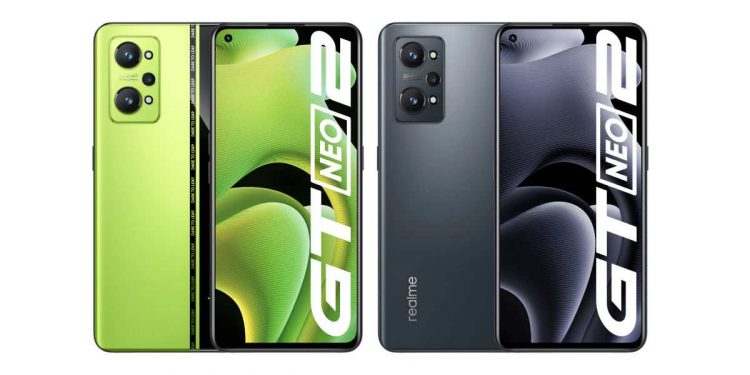 The popular mobile company Realme has announced the launch of its new GT Neo 2 today in India. Last month the phone was launched in China, and now it is coming to India. Earlier, Realme launched a set with similar specifications, the X7 Max 5G. However, now it is launching a successor of the GT Neo, the Realme GT Neo 2. This new phone comes with improved hardware than its predecessors.

The biggest highlight of the phone is its Qualcomm Snapdragon 870 processor. It is also seen in the OnePlus 9R, Xiaomi Mi 11X and many more. The phone also has an octa-core 7mn processor. It is a bit lower than the Snapdragon 888 on the performance ladder. The smartphone will come with 8GB RAM or 12GB RAM and 128GB or 256GB of storage. The gamers are going to love the phone because of its processor and Ram.

The Realme GT Neo 2 is already available in China, so we are aware of most of the specifications of this phone. The phone comes with a 6.62-inch Full-HD+ Super AMOLED display with up to a 120Hz refresh rate. The phone contains a 64-megapixel triple camera on the back with all the beauty-enhancing features. It is also coupled with an 8MP ultrawide sensor and a 2MP macro lens. Apart from that, it has a 16-megapixel camera in the front. It also has a 5000mAh battery with 65W fast charging technology.

Check Out : Samsung launched the 5G version of Galaxy M32 in India.