It is pretty normal now, that any adaption that comes of Ray, always gets extreme reviews. So it is safe to say, that the ones who are behind this anthology knew what were getting into. If you are one of those people who has Ray’s stories engraved into your mind, you may end up taking the web series in the “unliked” end. Read ahead to know more.

by Digi News Staff
in Entertainment
29 2
0 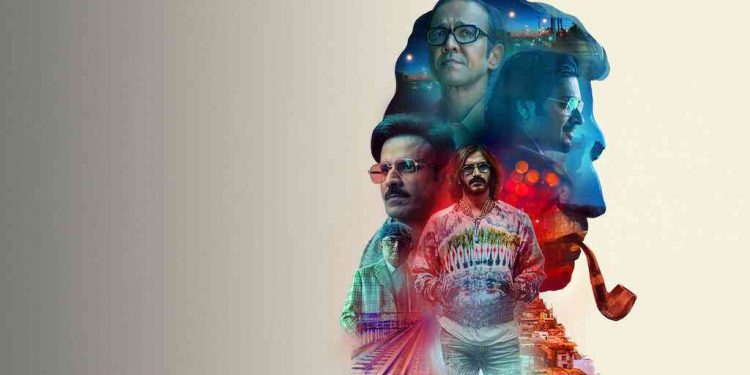 It is pretty normal now, that any adaption that comes of Ray, always gets extreme reviews. So it is safe to say, that the ones who are behind this anthology knew what were getting into. Nevertheless, they took the challenge of reimagining the master storyteller’s short stories, which have had loyal fan cults for years and have come up with this new series. The four shorts in this web series kind of evoke different moods in the audience and it has blurring of lines between bizarre and chuckle-inducing eccentricity.

Srijit, keeping true to his own style of going for thrillers and adaptations of popular Bengali fictional characters, went ahead with the story about the hubris of a man who has an exceptional memory and an equally levelled arrogance to match. He, however, did bring in his own twist, by drifting away from the humble abode depicted in the story and instead gave his characters penthouses of Lower Parel, with Ali Fazal playing the role of the alpha male and as a person who finds himself going on a downward spiral after a seemingly chance encounter with someone from his ‘past’.

The story, when it was released by Ray, almost three decades back, had been relatable to the kids of the said times and is this delivering the same for the children of today. Ray’s stories seem to be fascinating void times. However, one has seen many such thrillers on screen today. And despite the technical flourishes that Srijit could not avoid, the story that could have left a nerve-wracking, edge-of-the-seat short, leaves you sort of cold.  There is one applaudable feature in Srijit’s version of the story, that is, he has tried to give women importance, which was not at all present in the original version of the story given by Ray. Apart from this, any other mention of any scenes from this web series would amount to the spoiler.

As reviewed, Srijit seems to be in better hold with Bahurumpiya, which is set to be in the alleys of Kolkata and homes a vibe of Jekyll-Hyde-meets-Joker kind of character. Kay Kay Menon gets the titular in this short and he has full control of his character. This short has a   psychological thriller with a macabre twist in the end and is a symbol of Srijit, who has also co-written and directed a Bengali psychological thriller called Vinci Da, having the same feel. Evidently, this subject fascinates him. The thing that can be said for sure for this short, is that if it had been shorter, it would have created a much bigger impact.

Hungama Hai Kyon Barpa, the third short, takes a different route. It is more quirky and delightful for the audience to watch. The twist lies in the fact that the person who delivers the delight and the quirk to the short has a  ‘beemari’, which is miles away from its roots literally and otherwise, to Bhopal and Old Delhi. Abhishek Chaubey, who is evidently drawn to the subtle, tongue-in-cheek humour that often underlies Ray’s stories, has played his character which is true to the source material and his actors. The chemistry which is showcased in the series, between, Manoj Bajpai and Gajraj Rao, seems to be reminiscent of Ishqiya. It has the same charming small-town-esque universe richly detailed with a memorable cameo by Raghuvir Yadav, among other touches. This short is perhaps the one that is closest to the stories of Ray, and has that kind of impact that stays with you when after the train leaves.

Coming to the short by Vasan Bala, his take was argumentative the most experimental of the four. It comes with reimagining the characters along with how they are treated and how the story is told. Just like Srijit has done, Bala also brings into the story female characters into the film. It is about this star who suddenly loses his X-factor when an unlikely rival pops up in his world. Harsh Varrdhan Kapoor has showcased the character brilliantly, but, some might interpret his efforts to be too desperate to catch your attention towards the fanboy tributes scattered all over the frames. While these are definitely plus points, the short is not error-free. What could have been a  sharp satire on star ego and insecurities, somehow deviated from it and became a self-indulgent tribute to the master, which brings forward, Bala’s signature irreverence. Harsh Varrdhan Kapoor seems tohave reprised his AK versus AK avatar, with some of his swag, while Radhika Madan is as interesting as the Godwoman ‘Didi’. Any such resemblance prevalent here, to any character dead or alive, cannot be a coincidence, right? Chandan Roy Sanyal, as the quintessential hero’s friend, stands out in the crowd.

That being said, if you are someone who has the books of Ray embedded in your mind, it will be difficult for you to believe that these shorts are not being unkind to the versions given by Ray. Ray has his own style of haunting plots, sharp writing, and subtle drama, the stories deal with everything from the supernatural to real crimes, horror to human folly, and this unique style of his, is what attracted his fans and kept them loyal. Despite some of his stories coming with a dark tone and weird endings, there was always  Ray’s profound humanism to come home to. It never left his readers empty. What each and every one of his readers desire is a retelling of stories with a bit of style from the new authors, but with the original brilliance of the stories retained.