Radhe Fails to impress as Zee to accrue high losses

Zee’s gamble to recoup costs from the pay-per-view model fails, even though the film, Radhe, is unavailable in movie theatres. 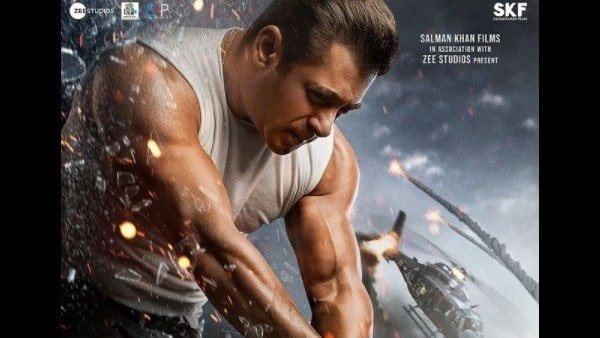 Zee studios might have made a loss-making deal by paying nearly 230 crore rupees to acquire it along with other few films in a bundle offer. Zee’s gamble to recoup costs from the pay-per-view model hasn’t yet proved to be a good idea, even though the film is unavailable in movie theatres. The movie has also not achieved the diaspora in international markets.

Radhe has been released overseas, in places such as the US, UK, UAE, Australia and New Zealand and, over its first weekend, has brought in a revenue of $1.875 million. When compared to other movies released by Khan, the amount is meagre.  Dabangg 3 and Bharat, both released in 2019, had earned $4 million and $6.25 million respectively on their opening days alone.

Zee has put in efforts, though it’s all in vain. Radhe is available for a one-time watch for Rupees 249 on ZeePlex. For Existing subscribers, the film is available by paying an extra rupees 249.  Zee also introduced a special “Radhe Combo Offer”, giving viewers the opportunity to watch the film along with a one-year subscription to ZEE5 for a price of rupees 499.

It should be noted, as pointed out by two media analysts,  4.2 million views do not actually translate into an equal number of purchases of the film online. Declining to be named, they commented, a family of four or five or even friends could watch the film on one purchase in contrast to when movies were watched in theatres where actual tickets sold for the film online could be around 1.05 million (one-fourth of it) or 0.84 million (one-fifth). The overall weekend purchases of the film are unlikely to have exceeded 2.5 million, they added.

Karan Taurani, research analyst at Elara Capital Ltd said,  “The film has not seen too much traction online. In fact, most views have come from existing ZEE5 subscribers, failing to drive any new users to the service.” She then added that opening weekend collections, in this case, are assumed to hover around rupees 20 crore- rupees 25 crore, resulting in extremely low realizations for a tent-pole film. Khan’s previous Eid releases, Bajrangi Bhaijaan (2015) and Sultan (2016) had both earned over rupees 100 crores at the box office over their opening weekends.

“You have to give Zee credit for being the first to truly try and exploit the potential of the hybrid release model with a big-ticket Bollywood film, but it has proven an expensive buy for them and there are no two ways about the fact that there will be losses,” said one of the media analyst mentioned above.

Khan’s company is said to have agreed to renegotiate terms to offset Zee’s losses by around rupees 20 crores, owing to the fact that the deal was signed months ago when the theatres in India were expected to gradually start functioning normally.

The calculation however shows that the deal was not profitable for Zee. It might earn up to 10 crores rupees from overseas collections in the coming days, approximately 20 crore rupees from just music rights and 30 crore rupees from long-term digital views and online purchases of the film.

The movie analyst also pointed out, “Plus it’s a mass-market film so there is likely to be a big satellite television premiere with lots of advertising, that could bring in Rs. 50-60 crore. But the company is still looking at a shortfall of Rs. 70-80 crore,”

Zee, however, remains bullish on the film’s prospects. A company spokesperson, without responding to queries on losses and clarity on online views numbers, said,   “Radhe has experienced a positive response from viewers right from the first day of its release, wherein it clocked 4.2 million views across platforms. The film has also received encouraging box office collections in overseas markets. It has reinforced the fact that viewers in India are ready for the pay-per-view model and ZEE has been at the forefront of this change,”

“Through its innovative distribution strategy, the company ensured the widest possible reach for the film, considering the current scenario,” the Zee spokesperson said. “The company believes that the hybrid release model introduces a new window for content creators to connect with consumers at a large scale, unlocking value for various stakeholders involved in the process of creating entertainment experiences,” the person added.