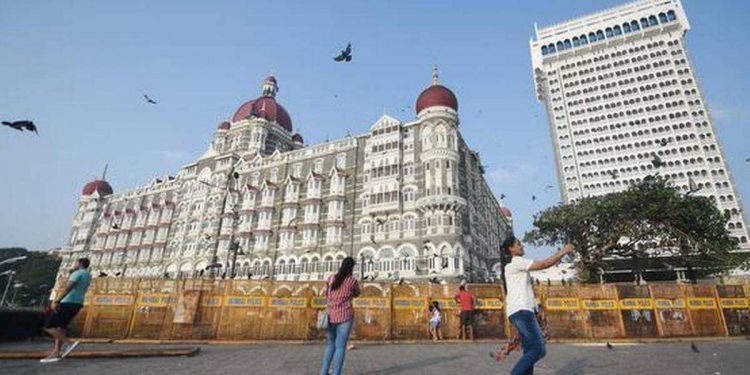 26 November (IANS) Friday marks the 13th anniversary of the 26/11 Mumbai terror attacks in 2008. President Ram Nath Kovind, Home Minister Amit Shah and Defense Minister Rajnath Singh paid tribute to the security personnel martyred in this horrific terror attack and saluted them for their bravery and valour.

President Ram Nath Kovind tweeted, “My heartfelt tributes to the martyrs and victims of the 26/11 Mumbai terror attack. The nation will always be grateful for the bravery and sacrifice of the security forces who laid down their lives in the line of duty.

Home Minister Amit Shah, while saluting the courage of the security personnel who were, martyred in the 26/11 terror attack tweeted, “Heartfelt tributes to those who lost their lives in the 26/11 Mumbai terror attacks and salute the courage of all the security personnel who fought for their lives.” Tackled terrorists in cowardly attacks. The whole nation will be proud of your bravery. A grateful nation will always be indebted to your sacrifice.

On the 13th anniversary of the Mumbai terror attack, Defense Minister Rajnath Singh tweeted, “On the 13th anniversary of the 26th November terror attack on Mumbai, we remember the innocent people we lost. My condolences to all those who lost their lives in those attacks. Our security forces displayed exemplary courage during the 26/11 attacks. I salute their bravery and sacrifice.

On this day, 26 November 2008, 10 Pakistani terrorists had stunned Mumbai. These terrorists, who reached Mumbai by sea, had killed innocent people by firing indiscriminately at many places in Mumbai. One sixty-six people including, 18 security personnel, were killed in this terrorist attack.

Check Out : Big accident in Bulgaria, the bus caught fire after the accident, 45 including 12 children died

Today the whole country is paying tribute to the soldiers and officers who were martyred in this horrific terrorist attack and remembering the victims.