Preity Zinta became a mother at the age of 46, the house resonated with the cries of twins

by Viveka Massey
in Bollywood, Entertainment
30 0
0 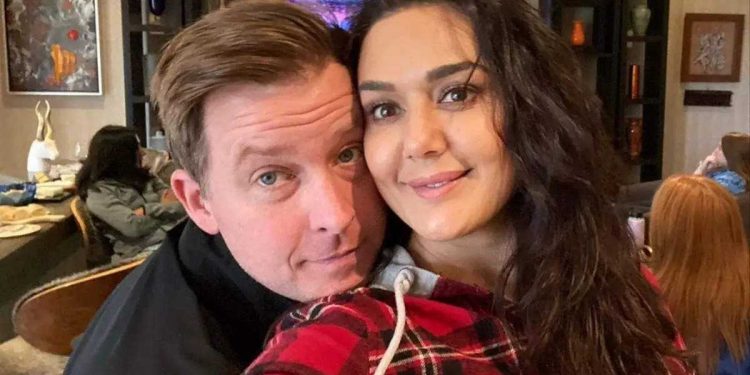 Preity Zinta’s house resonated with the cries of twins.

Happiness has started knocking in Bollywood. While on one hand some Bollywood stars are getting married, on the other hand, little guests are knocking at the house of some. Now one more name has been included in the list of celebs becoming parents. Here we are talking about Bollywood’s famous couple Preity Zinta and her husband Gene Goodenough who, have become parents. Preity Zinta’s house screams of twins. Preity Zinta herself has given this information.

Let us tell you that Preity Zinta, 46, has become a mother through surrogacy. Preity Zinta’s twins have a son and daughter named Jay and Jia. This one tweet by Preity Zinta has created a ruckus on social media.

Actress Preity Zinta Goodenough and her husband Gene Goodenough have become parents to twins, and they have named them Jay and Jia. The actress shared the joy of becoming a parent with her fans on social media. She shared a picture of her and her husband, Gean.

Along with the image on Instagram, Preeti wrote that, Hello everyone, I want to share one of my happiness with you all today. Gean and I are happy. We have welcomed our twins by surrogacy. Jay Zinta Goodenough and Jia Zinta Goodenough have joined our family.

She further said that we are very excited about this new phase in our life. A heartfelt thank you to the doctors, nurses and our surrogates for being a part of this incredible journey. The actress currently resides in Los Angeles with her husband, Jean Goodenough, whom she married on February 29, 2016.

Fans are constantly congratulating Preity Zinta and her husband on becoming parents.

These stars have also become parents through surrogacy

Preity Zinta is not the first actress who has resorted to surrogacy to become a mother. Before Preity Zinta, some stars including, Shilpa Shetty, Shah Rukh Khan, Karan Johar, Ekta Kapoor, Tusshar Kapoor, have become parents with the help of surrogacy.