This feature-length documentary is a well-documented insider's perspective of the largely hidden life of the basketball star Russel Westbrook.

by Viveka Massey
in Entertainment, Movie
29 2
0 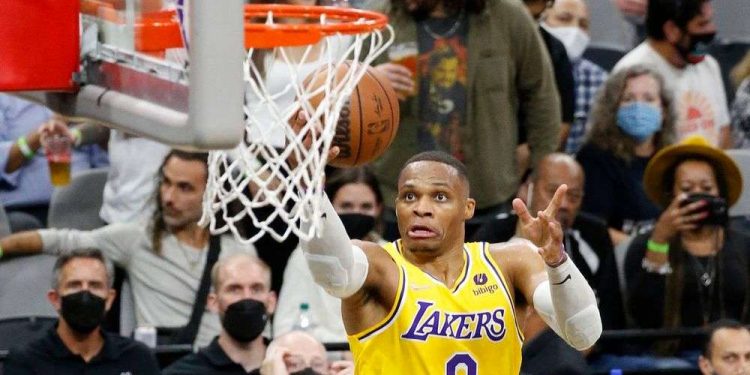 ‘Passion Play: Russell Westbrook’ is a new feature-length documentary showcasing the journey of the basketball star Russell Westbrook. If you’re a basketball fan and following the sport for the last 15 years, you must be familiar with Russell Westbrook. Presently, he is one of the most famous basketball players in the NBA. Having several records, including being one of only two players to average a triple-double throughout the season, he’s a player who messes up with opponents game plans. However, despite all these records, he couldn’t win a championship yet. He played eleven seasons for Oklahoma City Thunders and will play his next season for Los Angeles Lakers. Despite his stardom, he managed to keep his inner life hidden, mostly. This new autobiographical documentary will showcase his side of the story.

‘Passion Play: Russell Westbrook’ drew a comparison to the ESPN mini-series The Last Dance. However, The Last Dance was meant to be about the Chicago Bulls, which eventually became the story of Michael Jordan. ‘Passion Play: Russell Westbrook’ is a documentary about Westbrook in which Russell tells his side of the story. It offers several perspectives, one of which is of Russell’s father. It shows how Russell’s father was responsible for putting fierce work ethic, competitiveness, and fearlessness in him.

In the montage of the documentary, Russell says, “I think people don’t really understand who I am, and a lot of that is because of what I let people see, and what I don’t let them see. I think in the sports world, I am the bad guy. I’m the easy target because of the way I play the game.” This one line shows his perspective about the world he is living in.

Check Out : Legendary Pictures and Warner Bros. Set the Release Date of ‘Dune 2’

Russell Westbrook always led a life where he was among the legends of the game. Still, he never got overshadowed. The same can be said about this documentary, as it also doesn’t get overshadowed under The Last Dance. It tells the struggles, the upbringing, and the effect of his father on his life. It shows the basketball star the way he has been never shown before. So, our call is that if you’re a basketball fan, then ‘Passion Play: Russell Westbrook’ is a must-watch.