Paresh Rawal Confirms Work On Hera Pheri 3 is On 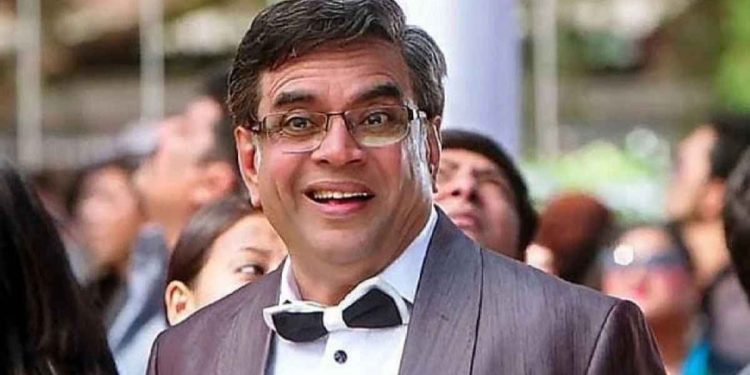 The Hera Pheri series is soon set to complete its trilogy with the release of its third sequel, featuring Paresh Rawal as one of its leads. The actor has confirmed the onset of work on the film as such.

Paresh Rawal in a recent interview was seen to be talking about his release of an upcoming movie- Hungama 2, directed by Priyadarshan. The actor is known to have worked with the director in quite a good number of films from the light comedy genre. The upcoming releases also are supposed to be running along the same lines of fun and jokes. In view of the movie and its director, Paresh Rawal said, “He has a lot of clarity about what he wants in his film. He has clarity about the characters, storyline, treatment of the story. He has a sense of proportion in comedy, which is very vital for the genre because you don’t want to go overboard. Also, the way he shoots his film… less fuss and maximum results are commendable. He has been experimenting in regional cinema. So, that benefit is also what our Hindi cinema is getting in terms of characterization and storyline. So, let’s say, with him, we are getting the best of both worlds.”

The actor was asked about him being repetitive while getting cast in only movies that come from the comedy genre. In response to which he enumerated the plus points and reasons for opting the same. He said, “You can become repetitive or regressive if your story is not good”, adding that with Priyadarshan, the audience will never “experience vulgar or double meaning comedy. You will not see any sort of physical deformity being ridiculed.” He expressed that “a situational comedy” like Hungama 2 “won’t go out of fashion. So, that is the advantage of working with him.”

His views about comedy as a genre to limit an actor’s horizon are worth mentioning. Rawal continued to talk, “It all depends on the script. When you are working on a comedy film, don’t think you are attempting comedy. Treat it like another or any other character. You are just playing a character who is in a comical situation but you should not take it upon yourself. You stick to your job, which is acting. The rest is on the director. In my perspective, it is a healthy way of approaching comedy.”

While remarking on the script, the actor said, “It is more disciplined, organized, and innovative. Of course, not as innovative and disciplined as the South industry. Our industry is changing because of new directors, new actors, and writers. So, we are gearing up for the golden period of Hindi cinema. Now, we are doing our scripts and not something which is borrowed, lifted, or stolen. We are talking about ourselves and our problems now. So, it is a positive change.”

The 71-year-old actor also expressed his views upon the concept of remaking films and movies.

He said, “Some films can be revamped or recreated. However, films like Guide, Ganga Jamuna or Mughal-E-Azam, and even Sholay should never be remade or recreated. People should not corrupt these films as they are classics. That’s it. You can learn from them but don’t try to repair them because there is nothing to be repaired. There is nothing broken in these films to repair. These are perfect films.”

When asked about Hera Pheri 3, the actor smilingly said the work is being done for its making and netizens might get to hear some good news by the end of this year! Hera Pheri is deemed to be one of the best comedy series coming from Bollywood. The very first part of the movie was released in the year 2000 while featuring Akshay Kumar, Paresh Rawal, and Suneil Shetty. The characters played by each actor are beyond perfect and are equally loved by the audience. The viewers have also said that no other actors could be imagined in place of the roles shown in the movie. Akshay plays Raju, a jobless man who seeks easy ways into earning money, Paresh Rawal plays Babu Rao Ganpat Rao Apte, a financially broken man who is stuck with Raju and the third lead Suneil Shetty, who plays Shyam, a rather sincere man who has a conscious view of life and living.