No Time To Die: The Last Film Of Daniel Craig Has The Royal Premiere in The UK 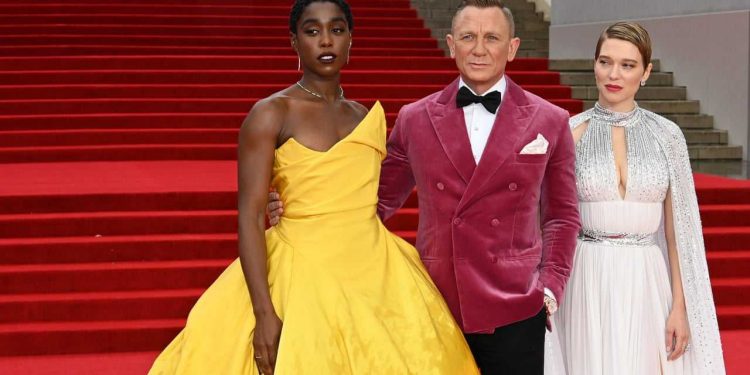 The Final James Bond film of Daniel Craig has eventually had the world premiere in London. The event took place after 18 months from the planned schedule due to the pandemic.

“No Time To Die” is the 25th movie in the series that has been running for more than 50 years now. The fifth and final movie of Craig is finally hitting the movie screen after the realist has been constantly postponed due to the outbreak of the Coronavirus and the struct protocols of the pandemic.

When he spoke to BBC Radio 5 on the Red Carpet event, he mentioned about the role was “incredibly important to cinema and to history, and the weight of that has been on my shoulders for a while.”

He also added, “I’ve been incredibly lucky.” The movie will hit on cinemas on Thursday.

The movie will be released in the cinemas as the struggling industry is looking forward to bring the crowd back to the theatres.

Craig was all dresses up in a pink tuxedo jacket when he said that “I’m greatly relieved, we make Bond movies for the cinema.”

About the role where he has been playing as a spy while 15 years popular as 007, he said, “I genuinely don’t have any bad memories, but I think it’s going to take about another 15 years to unpick all this.”

The most unusual view that was seen in the royal premiere was the two different generations that came for Craig’s farewell.

Naomie Harris said this to be “an emotional night” who is playing the role of Moneypenny consecutively for the 3rd time. The entire film industry is eager to check how “No Time To Die” performs at the box office and if it can really compel the fans to come to the cinemas in a large number.

Harris also told, “I’m really hoping that it does entice people back into into cinemas and they feel comfortable doing that because it’s such a special movie.”

The new secret agency known as Nomi is played by Actress Lashana Lynch and mentioned that the addition of the character will take the franchise forward.

She said, “I like to watch cinema that really makes me feel as though I’m included, that my narratives are being told.”

She also added, “The women that I was raised with and the women that I continue to love and respect are people like Nomi. The fact that she was even an idea on the page is reflective of the world that I see, how I see it through my black eyes, and I just feel really proud to be able to add my culture to such a beautiful and rich franchise.”

Tickets are available for sale in advance in the UK which has been getting a good response that the cinemas could not see before they were shut as per the Cineworld Claims and Odeon.

Expectations are really higher after the last two fils grossed to a huge $880 million.

Producer Barbara Broccoli mentioned, “Now that the cinemas are open we’re really happy to be supporting the industry.”

“We made this film for the cinema and we want people to enjoy it.”