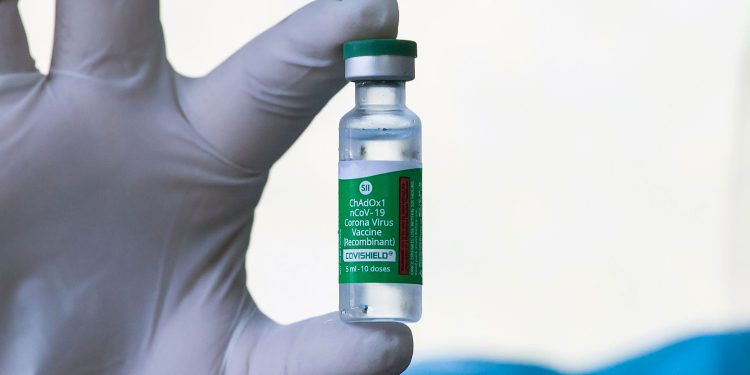 According to sources, if the state determines to distribute Covishield in a single-dose schedule, it will swiftly cover a considerably larger populace.

According to a report released on May 31, a government panel has been formed to perform a vaccine mix-and-match experiment, including determining whether a single dosage of Covishield – the vaccine developed by Serum Institute of India (SII) – can offer enough protection against COVID-19.

The Union government has decided to investigate if the Covishield vaccine may be given as a single dosage rather than two shots as India’s COVID-19 immunization campaign progresses.

Oxford University in the United Kingdom and AstraZeneca, a British-Swedish pharmaceutical company, collaborated on the Covishield vaccination. The Serum Institute of India is the company that makes it. In India, it is known as Covishield, while outside of India, it is known as Vaxzevria. Covishield, Covaxin, and Sputnik V are the three vaccines that have received regulatory approval for emergency use in India so far.

Amidst all, the center also planned to revamp the vaccination mode into a complete ‘mission mode’ while targeting an average of 1 crore inoculations per day. This is to be brought into effect at the earliest by either mid-July or August. The reason being that the vaccine supplies are to taken care of and are aimed to increase by large as in the current scenario, the only vaccine supplies are made from Serum Institute of India and Bharat Biotech.

The government has expanded the time between two Covishield vaccination shots from 4-6 weeks to 12-16 weeks.

According to insiders, if the government decides to deliver Covishield in a single-dose schedule, it will help cover a much larger population more swiftly.

According to reports citing sources, the AstraZeneca vaccine was originally intended to be a single-shot vaccination, but after research on its efficacy, it was decided to be a two-dose vaccination.

According to NK Arora, head of the COVID-19 steering committee of the National Technical Advisory Group on Immunization (NTAGI), the question of whether a single injection will give adequate protection is being debated.

The news came as the ministry said that it will experiment with combining different vaccination doses to see if this improved the immune system response against coronavirus.

“India may begin studying the practicality of a protocol that combines two different doses of Covid vaccinations in the next weeks to determine if it helps increase the immune response to the virus,” Dr. Arora added.

“We have learned that Europe, Spain, and the United Kingdom are conducting research in which two vaccines, Covishield and Pfizer, are administered on alternate days. Pfizer as the first dosage and Covishield as the second dosage, or vice versa. Interchangeability studies are what they’re termed “he said.