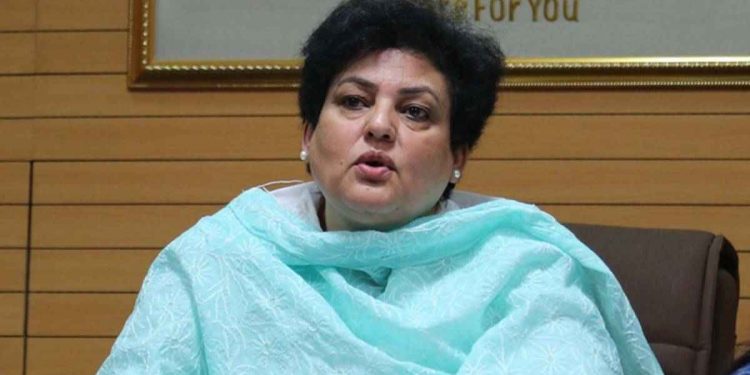 The National Commission for Women NCW has initiated a project series called ‘Training programme of Protection officers in addressing Domestic Violence,’ which is carried out with the cooperation of Lal Bahadur Shastri National Academy of Administration (LBSNAA) to lecture the requirement of protection officers in response to the survivors of domestic violence. The inauguration of the function was attended through virtual means by the union minister for Women and Child Development, Smriti Irani, Chairperson of NCW, Ms Rekha Sharma, and Shri Lok Ranjan, the Directors of LSBNAA.

The training event will be held for a period of five days from June 28 to July 2. The training will be carried out through online means due to the current pandemic. It is the first in the series of seminars and the training will be conducted for protection officers from Uttar Pradesh, Haryana, and West Bengal.

The training will focus on the roles of various stakeholder/service providers under the Act such as legal aid services, the health system, service provider shelter service among others. Amidst the inauguration ceremony, Smriti Irani expressed her gratitude towards the efforts of the National Commission of Women. She also added that Protection Officers helped to cover the gap which existed between the administration and the justice of women who had faced misdoings. She further added that the mistreated women should have all the legal rights reachable to them. Adding on to the achievement of NCW the minister praised the leadership of NCW during the hard times including that is pandemic time. She praised the commission for providing services like the pregnancy helpline and the current plan to train the protection officers.

The Chairperson of NCW, Rekha Sharma pointed out the importance of the Protection Officers, who acts as a connection between an anguished woman and the court. She also added that the Protection Officers help the women and support them in filing complaints and application before the Magistrate and to receive the correct remedies. They also provide them with medical aid, legal aid, counselling, and other assistance.

Adding on to the benefits of the Training Programme will help its participants will get a better understanding of the legal system. The roles of the Protection Officers and the connection existing between other stakeholders are required for proper implementation of the programme. The programme will also take into consideration the effect of the use of domestic violence on the survivor and their children, as well as also help in changing the stereotypical mindset of the people.