Much Awaited Season 5 of Money Heist is Coming This Year 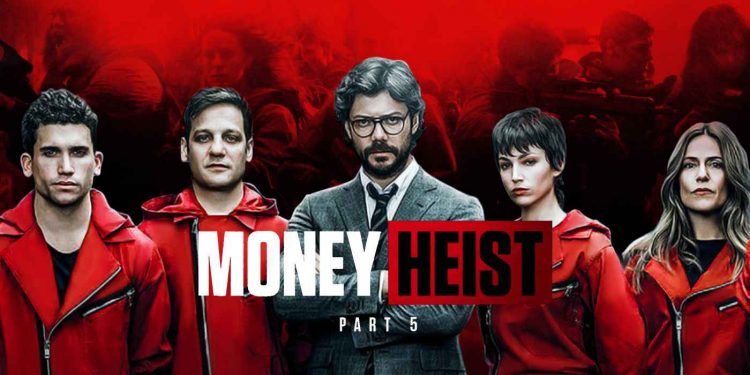 After the long wait, the much awaited series in Netflix Money Heist is all set to release the Season 5 of Part 5. The announcement of the release is already here.

This is the 5th season of this series in Spanish language Money Heist (La Casa de Papel) and its 6th which will be its final season will be shown to the public after a few months.

As it has been heard that this particular Money Heist season will be available to the public in two different parts. The first one is Part 5 which will be available for the fans on 3rd September and the second one which is Part 6 will be arriving on the shows on 3rd December. This will give a buffer time to the fans to get familiarized with the current updates prior to the last episode of this series is released. The season has been divided into 10 episodes where the first five will be a part of Part 5 and the rest five of Part 6.

No wonder that Money Heist has its fans around the world who are eagerly waiting for Season 5 to be released. Eventually putting a stop to the endless question, the trailer was eventually dropped on YouTube along with other social media channels.

In the trailer, it has showcased that Tokyo is elaborating her present state of mind where she says, “100 hours have felt like 100 years,” keeping the light ignited by Professor revealing the discovery of the stormwater tank as it is found the colonel Tamayo us all prepared with his troops to head towards the bank of Spain.

“The gang has been shut in the Bank of Spain for over 100 hours. They have managed to rescue Lisbon, but their darkest moment is upon them after losing one of their own. The Professor has been captured by Sierra and, for the first time, doesn’t have an escape plan. Just when it seems like nothing else could go wrong, an enemy comes on the scene that is much more powerful than any they’ve faced: the army. The end of the greatest heist in history is approaching, and what began as a robbery will turn into a war.”

There are no major surprises in the Money Heist Cast as by now, we all know that Tokyo will be played by Ursula Corbero and the professor will be marked by the return of Alvaro Morte.