Another significant character was killed off in the midseason finale of the Money heist season 5. 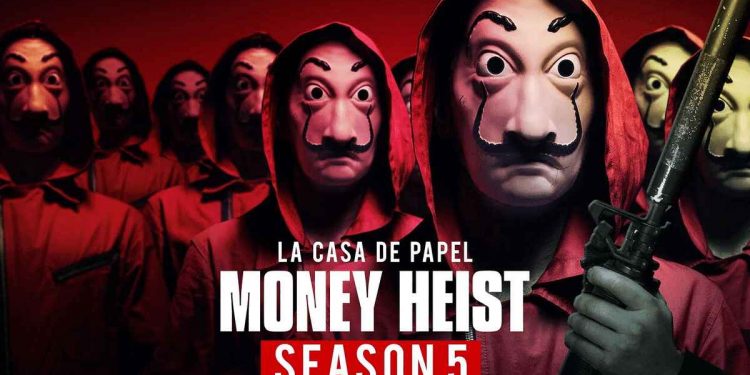 After keeping fans waiting for a long time, the 5th season of Money Heist is now streaming on Netflix, at least the first part of it. For those living under a stone, Money Heist is a web series that streams on Netflix. Money Heist has become one of the most popular web series around the globe over time. It gave birth to a lot of characters that are loved by the audience. It also killed off several loving characters over the last four seasons, and the midseason finale of the fifth season marks the death of another loving character of the show. So, if you are a fan of the show and have not watched it yet, this is the last chance to avoid the spoilers.

Money Heist (La casa de papel) is a Spanish web drama series that streams on Netflix. The series is created by Alex Pina and became one of the most popular web series in the world. The plot of the series revolves around a group of people lead by a character named The Professor. The series traces two long-prepared heists by this group and all the drama between them. The first two seasons of the series were focused on the heist of the Royal Mint of Spain, and then the group moved on to rob the Bank of Spain. The most awaited season of the series has recently been released on Netflix, and it is the talk of the town.

Check Out : James Bond – No Time to Die: First Hollywood film to be released in the Gujarati language.

Volume 1 of season 5 has started streaming on Netflix on 3 September 2021 and making headlines all over the internet. The show has been popular for killing off loving characters. The midseason finale of the new season saw another significant character bidding farewell. The character is none other than Tokyo. Yes, the narrator of the series was killed off in the midseason finale.

Since the start of the season, the robbers have been stuck in a bank of Spain for over 100 hours. The war forced the members to form groups, and one group was of Tokyo, Manila and, Denver. In the climax, the group battle the Sagasta and his soldiers of the Spanish Army. The army broke through the walls and attacked the group. Denver misses the bullets and manages to escape. However, Tokyo was shot five times in her arms and legs. Being on the sixth floor, Tokyo realizes that she could not get out because of the pain. She asks Denver and Manila to proceed downstairs, and both of them reaches down successfully. The army entered the kitchen and was very close to Tokyo. She realizes that time is short for her, and she tells the professor that she will be their guardian angel from now on. She also met Rio, who was unable to help her by creating a hole. She got shot once again while fighting the soldiers. After being shot, she showed cleverness and opened up the belt of 4 grenades and smiled. Her action led her and the soldiers to death.

Check Out : How I Met Your Father: Hilary Duff shared her first look in the show.

The fans were shocked and confused that Tokyo died. They are hoping that she might be mysteriously alive. The chances of her survival are less because no one can survive the explosion. Also, the show is already famous for killing off significant characters. However, fans are glued to the hope that she might live because the show has many twists and turns.

Viewers are impatiently waiting for the second volume, which is scheduled to stream on 3-December 2021.