MiG-21 aircraft crashed, killing a pilot, of the Indian Air Force(IAF), according to officials. 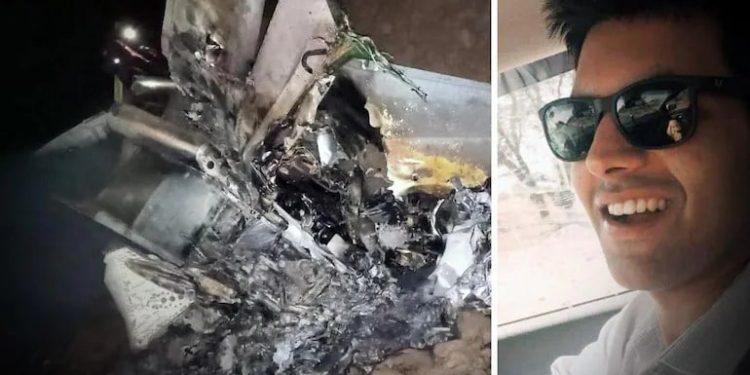 A MiG-21 aircraft crashed, in the wee hours of Friday, near Moga in Punjab, killing Abhinav Choudhary, a pilot, of the Indian Air Force(IAF), according to officials.

The unfortunate incident happened around 1 am on Friday when the aircraft crashed at  Langiana Khurd village of Baghapurana in Moga. The air force officials said that the accident took place during a routine training sortie.

Abhinav Choudhary was a resident of Ganganagar in Meerut. The Squadron Leader’s family is originally from Baghpat but has been residing in Meerut.

The Indian Air Force took to Twitter to say, “There was an aircraft accident last night involving a Bison aircraft of the IAF in the western sector. The pilot, Sqn Ldr Abhinav Choudhary, sustained fatal injuries. IAF condoles the tragic loss and stands firmly with the bereaved family.” IAF also said that a court has been ordered to ascertain the cause of the crash.

This is the third crash that is happening this year. A group Captain of IAF was killed in an accident involving a MiG-21 Bison aircraft at an airbase in central India. This accident happened while the aircraft was taking off for a combat training mission, and A Gupta, the captain, was killed. A court of inquiry was ordered to determine the cause of the accident.

In January, another MiG-21 aircraft had crashed near Suratgarh, in Rajasthan, where the pilot was ejected safely. “During a training sortie in the western sector, a MiG-21 Bison aircraft experienced a major technical malfunction this evening. The pilot ejected safely. There is no loss of life,” the IAF had said. A court of inquiry was ordered to determine the cause of this accident as well.