Despite acquiring the second position in the free practice session, it was unfortunate to know that Max Verstappen couldn’t save from crashing the car, leaving a major repair work aside for Red Bull. 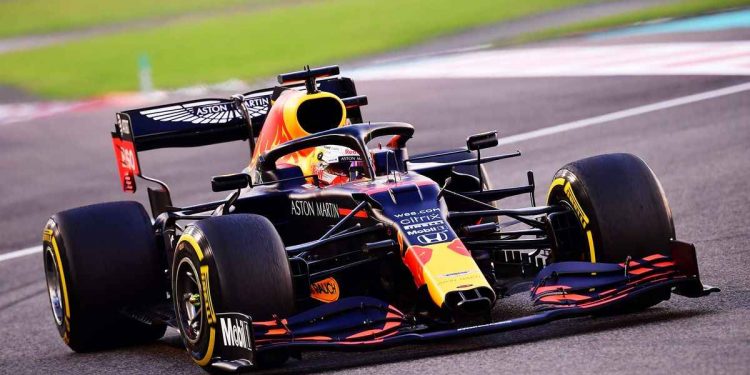 Max Verstappen completed the fastest lap where it beaded both the Mercedes eventually crashing the Red Bull on the second practice session in the Friday’s incident for the Belgian Grand Prix. The noteworthy completion of the lap in just 1 minutes and 44.472 second, the Dutchman outpaced Valtteri Bottas by only 0.041 seconds. Also, the 7th time champion and championship leader Lewis Hamilton by a few 0.072 seconds. Despite such outstanding performance, the session ended up crashing the barriers at Malmedy. After his return to the paddock, he said, “I don’t know, I just lost the rear.”

He also added, “I had a bit too much oversteer to correct and, unfortunately, I hit the wall.”

Verstappen was however pretty much happy with the performance and mentioned by erasing the incident that, “It was good, I think, the whole day and we were quite happy. Of course, (there were) a few things to fine-tune from FP1 to FP2, but overall we’re very happy. So I think definitely a very positive start.”

On the negative side, the major crash has resulted in leaving a massive repair work for Red Bull since the incident took place on Friday evening. This might have cast some dents on his confidence and given a teaser about the race that was going to take place on Sunday.

He also added that he is pretty much concerned about the weather forecast made about heavy rain. “It’s difficult to say how it will be in the wet, but it will be interesting!”

This crash was the third successive one in Verstappen’s incident after the other incidents that took place at the Budapest and Silverstone which might have had a mild effect on his confidence after observing the championship is swinging back in the favour of Hamilton.

Hamilton, who had the championship board leading by eight points from Verstappen mentioned about the struggle during the morning; however could revive from it in the afternoon.

He said, “I didn’t quite have the car I want underneath me today so we have some work to do.” He also added that it was very disappointing for him to find the bump available in tracks to the Eau Rouge.

As Hamilton said, “We were trying to navigate the best way we can.” Adding, “And at least it was dry for FP2, so we got some laps in, but the car wasn’t with me – we’ve got some work to do to figure it out.”

He said, “This morning, we had it one way. We changed it this afternoon. It was very, very similar overall… It’s very bumpy now through Eau Rouge. Something’s happened and they kind of ruined it a little bit. There’s a massive bump right at the compression point which we’ve never had there before. It’s really, really sharp and you feel it on the backside, but I’m sure they’ll fix it.”

He clearly added the condition to Eau Rouge that has a massive effect on his performance. However, he is hoping to get that fixed at the earliest.

Fernando Alonso grabbed the fourth position for the Alpine and stayed ahead of Alpha Tauri’s Pierre Gasly, Aston Martin by Lance Stroll and Esteban Ocon in the 2nd Alpine. Sebastian Vettel who was the four time champion grabbed the eighth and remains ahead to Lando Norris and Sergio Perez – who was signed again by the Red Bull in this year taking the tenth position.