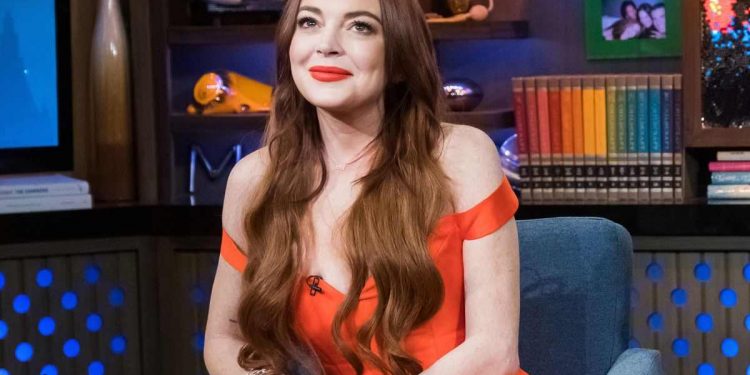 On Friday, Netflix released the first look at an upcoming holiday rom-com. Lindsay Lohan is making her comeback in her acting carrier.

The couple is walking on snow, and both of them are smiling. The background in the picture looks so beautiful, with lights glowing.

The film will release in 2022, during the holiday season.

In May, the news broke of Lindsay Lohan returning to acting when Netflix announced the upcoming rom-com. You will see Lohan in the movie as a “newly engaged and spoiled hotel heiress. This film project is Lohan’s first project since 2019. In 2019, Lohan starred in the horror film Among the Shadows.

In 2020 with New Year’s Eve Live co-hosts Anderson Cooper and Andy Cohen, Lohan said that it was her goal to start filming again in the U.S. “I’m managing my sister, so I want to really focus on me and everything that I can do in my life and come back to America and start filming again, which I’m doing something soon in this new year,” she said. “And, you know, just taking back the life I’ve worked so hard for and sharing it with my family and you guys.”