by Viveka Massey
in Entertainment, Movie
30 0
0 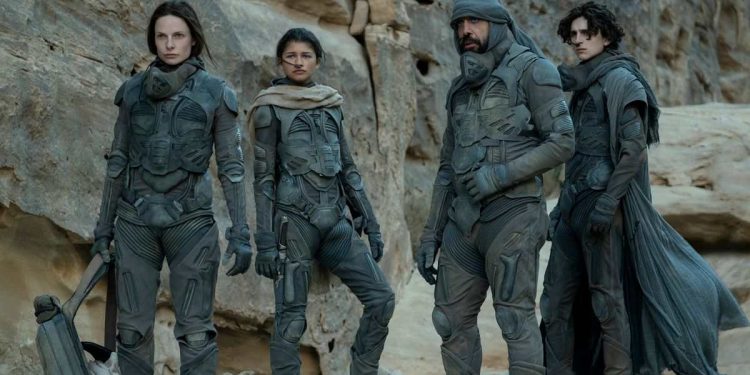 After Dune’s first installment, Duna’s part two is in the spotlight.

October 2023 comes with surprises Sony and Marvel have recently announced an untitled film coming on 6th October, and a new Exorcistfilm is on the way from Universal Pictures.

Apart from these movies, Duna part two will also be released in 2023. Dune is the second feature film adapted from the Frank Herbert classic novel of the same name.

After a hit theatre and a successful box office opening weekend of Duna. The second part of Duna is officially in the spotlight. Duna’s first installment was a hit in the theatres, and on streaming service HBO Max it has earned $40M in the United States with its opening weekend. After that, the filmmakers decided and announced that Duna part 2 will release on October 20, 2023.

Director/writer Denis Villeneuve is busy at work already. He has started writing Dune: Part Two months ago. Villeneuve said, I am writing the second part, and I feel like I am eight years old again. That is very uncommon for me. It is the first time I have experienced it where I am watching one of my movies, and I have a moment of deep gratitude, of deep joy, and I say Thank you, life, for having allowed me to bring that to the screen. [laughs] I do not know how other people will feel about it. But for me? Denis Villeneuve when he was 14 years old? Thank you.”

The first installment of the Dune series followed Timothee Chalamet’s Paul Atreides, but the second part will focus the spotlight on Zendaya’s Chani.

There is still a lot of time for the release of Duna Part Two. It is two years away, and no one knows these release dates change or not. Let us hope for the good.