Latest Updates from the set of Maddam Sir 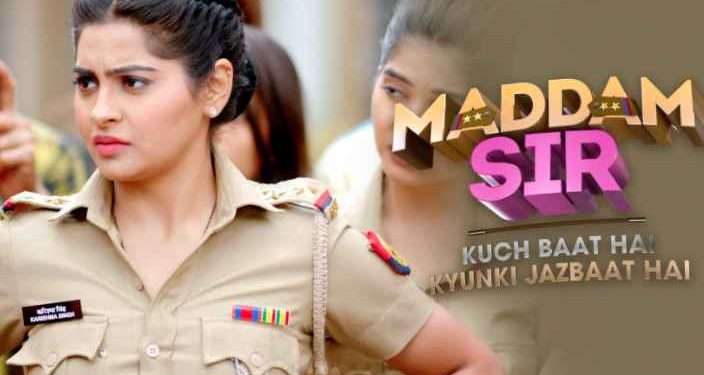 Maddam sir, the comedy show is being aired on SAB TV to bring its audience the daily does of laughter and wits.

Maddam Sir is a comedy show featuring 4 policewomen who have their own unique and innovative styles of solving a crime case, while poking the funny bones of its audiences.

In the recent episodes, it is previewed that Anubhav is going to be kidnapped.

In the previous episodes, it was shown that a gangster targets Karishma, one of the female leads, at a gunpoint. To which, Haseena fails to retaliate in time and loses in her competency to the pre-decided set up.

Karishma later reveals that the scene thus put up, was fake and was just there as a mock drill to test Haseena’s quickness in executing an action. She asks Haseena to submit her report because of which MPT is later deemed to be shut down.

In the final episode, we see that Karishma feels bad after having witnessed the thana being vacated. Later, Haseena is shown to come up with the idea of catching the masterji red-handed.

According to the plan laid out, she asks Billu and Iqbal to meet Masterji while acting out a fake marriage. It is then that Anubhav gets kidnapped from an isolated place. On continuing her search for the abducted Anubhav, she comes across a man who took her by utter surprise.

The question is still lingering in the minds of the audience as to who might this unidentified man be?

We shall only get to know about this in the coming episodes of the show.