Patel gets called “authoritarian” by General Secretary Mohammad Kasim, claiming that his proposals are not in the interests of people on the islands, while the President of the BJP Lakshadweep unit, Abdul Khader Haji backs Patel. Mohammad Kasim reaches out to Prime Minister Modi to voice out. 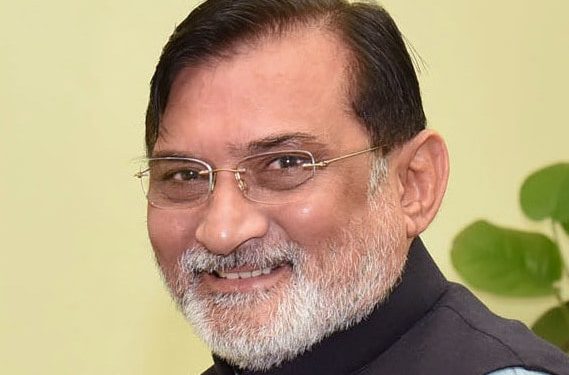 While the opposition has stepped up their protests against the proposals put forward by the Lakshadweep Administrator Praful Khoda Patel for the Union Territory, BJP is finding themselves divided on the matter. As leaders from its neighbouring land, Kerala, and the Lakshadweep BJP president are backing up Administrator Praful Patel, other leaders are questioning his decisions and are criticising his proposals as unilateral.

And Patel is facing disapproval at the central level as well. At least two senior leaders have come up to showcase this. One of these seniors commented,  “Patel should have taken people into confidence. His actions are damaging the party’s interests, and will affect the Central government’s image too.” Patel is a former BJP leader and had served as the Home Minister of Gujarat during the period when Narendra Modi was the Chief Minister of the same State. Praful Khoda Patel is considered to be close to the party leadership.

Recently, Patel was also caught in a controversy after a seven-term Lok Sabha MP from Dadra and Nagar Haveli, Mohan Delkar committed suicide. He got dragged into this case, as  Dalkar’s son had accused Patel, the Administrator of Daman and Diu, and Dadra and Nagar Haveli, of harassing his father. Praful Khoda Patel took his position as the Administrator of Lakshadweep last year, in December.

General Secretary, Mohammad Kasim, on Tuesday, raising his objections, wrote to Prime Minister Narendra Modi, as he opines that Patel’s proposals are not in the interests of people on the islands and is just “authoritarian.” On the other side, Patel is supported by the president of the BJP Lakshadeep unit, Abdul Khader Haji.

The difference of opinion about the proposals has also led to more serious outputs. Some BJP leaders in Lakshadweep Unit have quit, and while Khader claims that these leaders did not belong to the BJP Unit, Kasim said that the lot did include a few office-bearers.

The proposal put forward by Patel, which has caused such a controversy, includes the ban of beef in the land of Lakshadweep, which is dominated by Muslims, the introduction of the Goonda Act, which seems unnecessary, owing to the low crime rate in the island, a proposal to disqualify panchayat poll aspirants with more than two children and to establish a Development Authority which would have the power to acquire land.

Pinarayi Vijayan, the Chief Minister of its neighbouring land Kerala, has slammed all the proposals and the MPs belonging to the Left and Congress have written to President Ram Nath Kovind and the PM seeking their intervention. Kerala has strong social and cultural links with the islands.

Talking about the restrictions being suggested by Patel, Kasim voiced out to the Indian Express, “Patel’s measures will lead to job losses and harassment of people. He is running Lakshadweep like a king. He has not discussed the measures with the leaders here nor taken anyone into confidence.” He also added that the final aim behind this is to let BJP get a foothold in Lakshadweep, “it cannot afford to support the Administrator”, and feared that Patel’s moves would “pour water over the party unit’s efforts.” He then proceeded to claim and he does not believe the Central government supports such “anti-people, anti-Lakshadweep proposals”.

The same can be said about its position in Kerala as well, one of the evidence being its poor performance in the recent Assembly polls in the said State, where they had run a highly polarized campaign, which of course was in vain.

In 2019, the BJP candidate said that Patels’ measures are a way through which the Islands could develop. Asserting that people on the island support the Modi government’s welfare measures and development initiatives, Khader claimed, “Patel has been sent by the Centre and he won’t take any steps to harm the islands.” The Congress and Left had “joined hands to prevent the BJP’s growth” in Lakshadweep.”

At the same time, Khader also stated that the measures that are being taken by Patel are not being appreciated by the people. He stated that he believes,  “In a Muslim-dominated place, there cannot be a ban on beef. Some land rules proposed are not good either. But we always have the option of rejecting such proposals. There should be talks over them.”

Kasim talked about how the issue at hand isn’t about BJP appointing Patel. He said,  “We have had Administrators in the past, including those sent by BJP governments. No one has ever done damage to this region. But this Administrator is hell-bent on destroying it.”

When it comes to Kerala, the actions of Patel has been in support of the BJP in the state and President K. Surendran justifies them citing “terror links” on the islands.

The other parties have however denied all such claims. On tuesday, MP Hibi Eden, who held protests along with fellow MP T N Pratapan, called Patel’s measures “a cultural invasion” and said they were “destroying the social fabric of the islands”. “He is doing it at a time when Lakshadweep that was Covid-free has 7,000 cases.”

He also added that “Patel has slapped charges against people for taking part in anti-CAA protests that happened months ago, and branded them anti-nationals. In the name of the Coastal Regulation Zone, he has got landing centres for poor fishermen removed. In a place that has the lowest crime data, he is introducing the Goonda Act… He must specify what development he is bringing in.”