Read what happened in the latest episode of Kundali Bhagya. Does Sherlyn succeed in stealing the jewellery? Does Preeta succeed in coming up with a plan with which she can get Karan out of jail? Read ahead to know. 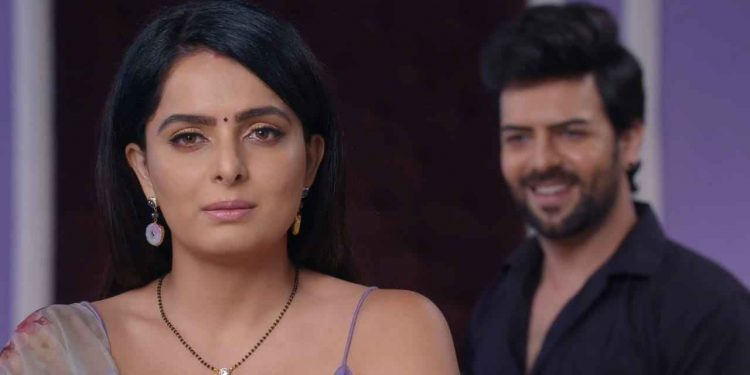 The latest episode of Kundali Bhagya starts in Rakhi and Mahesh’s room, where Sherlyn goes to steal the jewellery from their cupboard. While doing the act, Sherlyn drops the box, which causes a loud clank, hearing which Preeta enters, looking alarmed. Upon entry, Sherlyn was desperately searching for the cupboard keys.

However, Sherlyn succeeds in stealing the jewellery before Preeta enters the room for checking where the sound came from. Sherlyn stuffs the jewellery in its bag and hides it behind the door. When Preeta catches her there, she quickly makes up a lie and leaves the room. Preeta however suspects Sherlyn of lying and is pretty sure about Sherlyn being there to steal something.

Irritated, Sherlyn makes up a plan to take the bag from behind the door after Preeta leaves the room. Meanwhile, Preeta goes back to her room and starts thinking of ways in which she can get Karan out of Jail. Sherlyn then takes the opportunity to retrieve the bag, when Megha calls for her. Megha confronts Sherlyn about the money and Sherlyn tells her to come the next day and collect the money from the hotel where Akshay was murdered. Megha does not agree with this.

We then see Preeta visiting Karan in jail the next morning. She tells him that she has positive vibes about his hearing that was to take place the next day.

Back at the Luthra villa, Sherlyn is caught by Prithvi as she enters her room with the stolen bag. He then confronts her as to where she was coming from in such a hurry. Sherlyn obviously refuses to tell Prithvi the answer and instead tells him that Pammi saw her coming and called chacha to talk about it. She almost succeeds in deviating from the topic.

She then proceeds to challenge Prithvi and tells him to check for himself what was inside the bag. Upon discovering that the bag was full of money, he warns her about being caught by Rakhi, but Sherlyn just passes the warning by saying that she has a plan of duplicating the jewellery and placing the duplicate back in Rakhi and Mahesh’s cupboard.

On the other side of the story, Preeta and Shristy go to the hotel where the unfortunate incident of the murder of Akshay had taken place. Preta tells Shristy that they had to come back to find the eye-witness, who according to her wasn’t telling the entire truth. She believed that the eye-witness was scared of something. On the other hand, Sherlyn reaches the hotel too but with different intentions. She goes there with the money that she needs to hand over to Megha. Seeing so much it seems like all four of them, i.e. Sherlyn, Megha, Preetha and Shristy are at the hotel vicinity.