Kate Hudson and Danny Fujikawa allegedly started dating in 2016. Kate shared the news of the engagement on her Instagram handle.

by Viveka Massey
in Entertainment
30 1
0 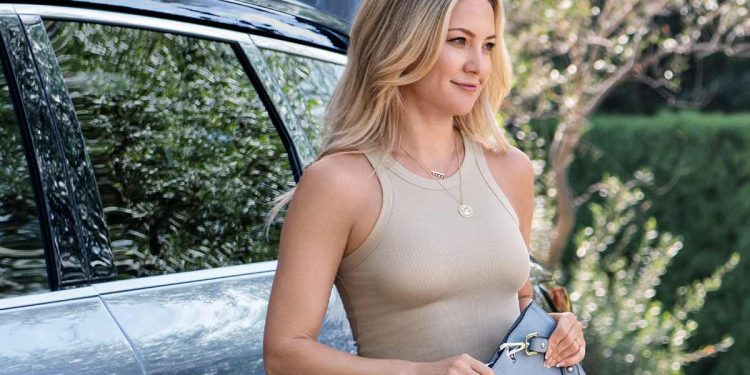 On Monday, the 42 years-old Kate Hudson shared a picture of her engagement ring on Instagram. Announced her engagement with her longtime boyfriend, Danny Fujikawa.

Previously through an Instagram post, Kate shared how she met Danny for the first time. The Bride Wars star wrote, “The first time I met Danny, I was 23 and enormously pregnant with [eldest son] Ryder. His stepsisters are my best friends [Sara Foster] and [Erin Foster], and so it goes, we have been in the same circle for over a decade!”

“A year ago, today, Danny took me on a hike. What I thought was just a hike with a family and friends turned very quickly into an unexpected first date,” she added. “No moves were made on this first date. It took months for him to make the first move! And as a kiss on this bridge would have been nice, the kiss a year later was so much sweeter. So in our 15th year of knowing each other, we were able to open our hearts to each other to feel so much pure love, and it’s been truly incredible! Happy first date anniversary, baby. #LoveThisMan. #WhatAYear.”

On Monday, Kate shared a photo with Danny. In the photo, she is kissing her fiancé on the top of the mountain, and she wrote the caption- Let’s go! [bride and groom emojis].

Erin Foster and Sara Foster both commented on Kate’s post. Erin wrote, “Finally, we are officially sisters!!” Sara Foster wrote, “Whoa! It’s official. Not gonna lie, been a hard secret to keep. I may have slipped and told a few people.” They both played a massive role in Kate’s and Danny’s romance.

Previously Kate Hudson was married to rocker Chris Robinson. Their marriage lasted for almost 7 years (2000 until 2007). Kate and Chris have one son, 17 years-old Ryder Robinson. In 2014 Kate split from her ex-fiance, Matt Bellamy. They have a 10-year-old son Bingham Hawn Bellamy.

This is Kate’s second marriage but Fujikawa’s first marriage. They both started dating in 2016, and they both have a daughter Rani Rose Hudson Fujikawa. She was born in 2018.