Kamala Harris: The first woman to get US presidential powers

Kamala Harris became the first woman to hold the presidency of the United States of America. 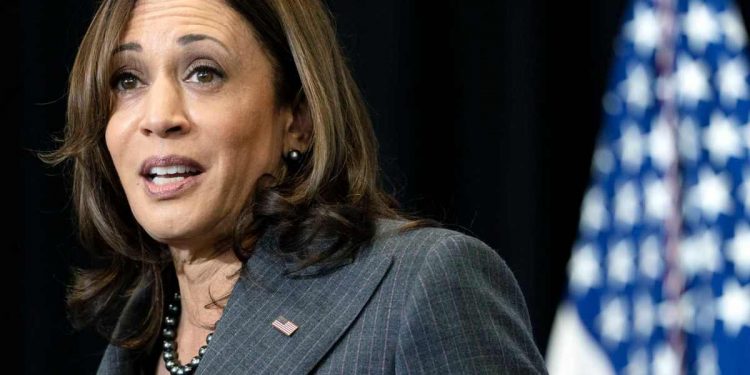 Vice President Kamala Harris became the first woman to hold the presidency for one hour and twenty-five minutes while President Joe Biden was unconscious. The White House press office said that official letters had been sent to Congress announcing the country’s temporary transfer of power from Joe Biden to Kamala Harris. The White House said in a statement that the President resumed his duties at 11:35 a.m. (1635 GMT).”

Biden was undergoing his annual physical at the Walter Reed Military Hospital outside Washington. White House spokeswoman Jen Psaki said in a statement, “Following the procedure set out in the Constitution, President Biden will briefly transfer power to the Vice President. The Vice President will be in his West Wing office during this time.” Will work with.”

Presidential power was first transferred to the Vice President when former President George W. Bush performed colonoscopies in 2002 and 2007. Joe Biden is the oldest person to take office as US President. Harris made history when she was sworn in as US Vice President becoming the first woman, first black American, and the first Asian-American to hold the position.

On November 19, 2021, US Vice President Kamala Harris became the first female Acting President of the United States of America for one hour and 25 minutes. It happened after US President Joe Biden temporarily transferred power to Harris while he was under anaesthesia for a routine colonoscopy had gone. With this development, 57-year-old Kamala Harris is now the first woman to hold the presidency in America’s 250-year-old history. Harris was elected US Vice President on November 7, 2020, after Joe Biden was declared President of the United States in the US presidential election 2020.

Check Out : Baby Elephant dies after losing half of its trunk

According to Section 3 of the Amendment to the US Constitution, US President Joe Biden wrote a letter to House Speaker Nancy Pelosi and Democratic Senator Patrick Leahy of Vermont (the provisional Speaker of the Senate) for the official transfer of presidential powers to the US Vice President. Kamala Harris before the routine checkup.

The 25th Amendment of the US Constitution covers the process through which the President or Vice President of the United States can be replaced in the event of death, resignation, removal, or incapacity. The amendment was made following the assassination of former US President John F. Kennedy, who was assassinated.