June story features the love story between an engineering student and a woman, both facing emotional turmoil who by fate meet each other in Aurangabad. June is not a movie that is only for a good watch but it becomes relevant when mental well being is under the question. 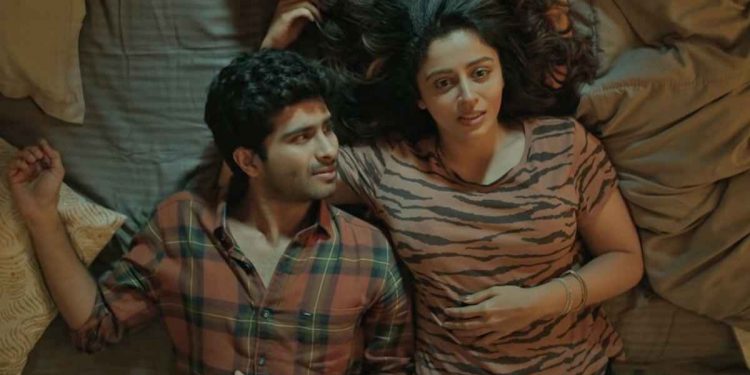 June story features the love story between an engineering student and a woman, both facing emotional turmoil who by fate meet each other in Aurangabad. The beautiful love story made it to a film is directed by Vaibhav Kshiti and Suhrud Godbole is written by Nikhil Mahajan.

June opens with a Haruki Murakami quote from his work, Norwegian wood which gives the viewer the idea of the intertwined fate of Neha acted by Neha Pendse Bayas and Neel acted by Siddharth Menon, the protagonist of the film. The first scene of the movie opens with the fated meeting between the two protagonists. Neha, a married woman is seen packing her bags to leave for Aurangabad to her husband Abhijit’s native place. Entering the city, she meets Neel from whom she asks the direction to her destination which is Abhijit’s house. As the story proceeds, we are introduced to the character of Neel. Neel has returned to live in Aurangabad for a year because he has failed his engineering exams. He lives with his parents who constantly nag him and keep reminding him how embarrassed they are of his failure. They tell him how they went out of their way to get him admitted to a college in Pune and yet he was not able to live up to their expectation. These all add to Neel’s inner turmoil and hamper his mind. Between all of this, he meets Neha again and the two develop a bond. Neha, like Neel, also has her own set of problems and troubles that forced her to think to end her life. A shock from two years ago has shaken her life and she is unable to overcome it. The story shows that how two broken souls move on to the path of acceptance.

June is not a movie that is only for a good watch but it becomes relevant when mental well being is under the question. The story of Nikhil Mahajan is inspired by his experiences in Aurangabad. A sensible story has been weaved into a sensible story by the director duo. The cinematography is beautiful thanks to Qais Waseeq, and the editing is spot on thanks to Mahajan and Hrishikesh Peter and effective sound from Baylon Fonseca Vikrant Pawar and Sebi Varghese. The casting is also a winner for the story. Every character no matter how little the screen time is plays a beautiful role to add to the beautiful story.

The main point of the film June is to prove that though everyone deals with their problems their ways there are sometimes where we need the help of others. We cannot solve every problem alone that is why we need a friend to stand by us, a companion to support us, or a stranger to open our hearts. Sharing, listening, understanding all of these help in healing a broken heart.