Jee Le Zaraa: The one where the 3 gorgeous women takes a road trip 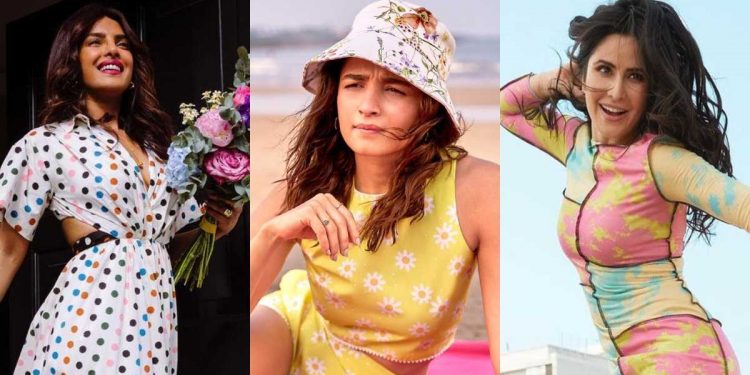 Jee le zaraa It’s been a decade since Farhan Akhtar has directed a movie but the wait is over as the actor/director has put on his director shoes for a movie that will be different from all of the movies he has directed so far and the theme of the movie is about three friends and their road trip. Wait, hasn’t he done it before? Well, he has but this time those 3 friends are not boys but three gorgeous women.

Priyanka Chopra Jonas, the gorgeous Katrina Kaif and cute little Alia Bhatt (hope she doesn’t mind) will grace the jee le zaraa movie with their presence. The story will revolve around three girlfriends as they go on a road trip (originality at its peak). It is written by Farhan Akhtar himself, with the help of Reema Kagti and his sister Zoya Akhtar.

The project was announced on the 20th anniversary of the first movie that Farhan directed, ‘Dil Chahta Hai’. Farhan along with all three gorgeous actresses posted about it and made an announcement to the fans. ‘The movie will commence filming in 2022’, he wrote in the post. Later, Priyanka Chopra dropped a long post explaining how she eventually became a part of Jee Le Zaraa and how she always wanted to be a part of a movie that was “different, cool and never been done before.” This is the first time when all three actresses will work together on a project.

As mentioned earlier, with this film, Farhan will take on the role of the director after a decade. He has directed four films so far which includes Lakshya (2004), Don (2006), Don 2 (2011) and the one and only Dil Chahta Hai (2001). Toofan’s actor said in an interview that he couldn’t focus on his role as a director due to the interesting parts he has been offered over the years and he feels lucky with the interesting work he got. Farhan is really thrilled about Jee Le Zaraa as he mentioned in his post and so is his fans.

The movie is being called a rare film by everyone as there are not enough female multi-starer Hindi movies. Also, bringing the three most popular actresses together is a formidable task as Priyanka mentioned that it took 3 years to align the schedules. Well, boys have done it a lot of times in movies, it’s time that girls would take on the mantle and go for a road trip.

The film is produced by Excel Entertainment along with Tiger Baby and the production will begin in 2022 with a release date planning in 2023.

This is all about Jee Le Zaraa right now. I hope that Farhan will repeat the magic of Dil Chahta Hai and treat his fans with a delight to watch film but we don’t know until we know.