Is your Bitcoin investment down? Here’s what you need to do 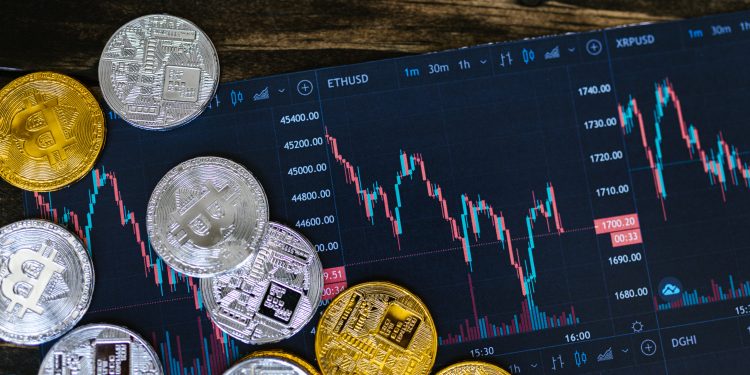 Over the past month, there has been a bear run on the cryptocurrency market. From its all-time high of 46 lakhs, Bitcoin fell by over 50% in just three months. Investors are now split in half as a result of the drop, with some scrambling to sell off their holdings to avoid losses and others steadfastly holding on in the hope of better times. The cryptocurrency industry is doing well despite the sharp decline in Bitcoin and other popular cryptocurrencies.

You must maintain calm whether you want to buy or sell your cryptocurrencies or take advantage of a drop in price to purchase more. Making rash judgments, particularly while trading, almost never turns out well. Therefore, thinking about why you are trading cryptocurrency before you rush into the market is important.

Your decision-making process can be helped by knowing the answers to these questions. You should operate in accordance with your own objectives in both scenarios.

Are news stories affecting the prices at which Bitcoin and other cryptocurrencies are traded? The market’s attitude may have shifted as a result of fundamental news rather than merely price movement or rumors.

In 2021, actual developments hurt prices. China’s decision to prohibit financial institutions from providing services related to cryptocurrencies was an additional crackdown given that the country had previously outlawed cryptocurrency exchanges in 2017 but had left open the possibility that people could still be able to acquire cryptocurrencies. The Federal Reserve then decided to reduce the amount of liquidity in the financial system at the end of 2021, which led to a significant reduction in the value of numerous cryptocurrencies well into 2022.

Therefore, these actions have dealt the developing market—which had been benefiting from significant capital inflows—further serious blows.

Fundamentally, cryptocurrency is unpredictable. Since cryptocurrencies have no cash flow, dealers must rely on changes in sentiment to set the price. In turn, this might cause the market to swing between extremes of euphoria, as it did at the start of 2021, and depressing despair, as it did a few months later. The commotion around the Coinbase IPO in 2021 contributed to the positive perception of cryptocurrencies, however, the reduction in monetary stimulus at the end of 2021 and the beginning of 2022 increased pessimism.

Therefore, the market is driven by trader emotions when an asset is driven by sentiment. That also applies to stocks, but they may also have a steady stream of increasing cash flows from the corporation that issued them, which would help push them upward.

In fact, it is this volatility that attracts professional traders, who can execute complex deals using powerful algorithms, whereas “mom and pop” traders sometimes lack access to such tools. The game played on Wall Street is volatility, which traders enjoy because it provides them with a chance to profit.

Examine the potential outcomes of the basic position for cryptocurrency in light of recent events: Will countries enforce it more strictly? Will they promote its widespread adoption? Will new rules benefit or harm the market for cryptocurrencies? What else may influence the market?

Is China’s decision to outlaw cryptocurrency a sign of things to come? Maybe. The concept of outlawing cryptocurrencies has been considered by India, and the Russian central bank has also expressed resistance. But rather than openly banning cryptocurrencies, other nations, notably the United States, are looking at ways to regulate them. El Salvador and the Central African Republic are two nations that have even made it legal tender.

The fact that crypto is utilized in ransomware attacks and other illegal activity doesn’t help.

Therefore, it’s not impossible that the crypto industry’s utopian ideas are simply legislated out of existence. The political ramifications are only one aspect of their future, of course. The costs associated with “mining” cryptocurrency on a financial and environmental level are another big barrier.

You might be uneasy when the markets for bitcoins fall. Use it as a reminder to re-evaluate why you decided to get engaged in the market in the first place. What chances and dangers does it offer?

There’s no assurance that it will do so again, especially if it’s facing real existential concerns as nations forbid its usage and perhaps even the right to own it. Bitcoin, for example, has hard bounced back after past significant dips. And if the reality is less severe than the expectation, it is the type of actual risk that may either kill or profit an investment.