Is Delta Variant More Harmful To Our Lungs? 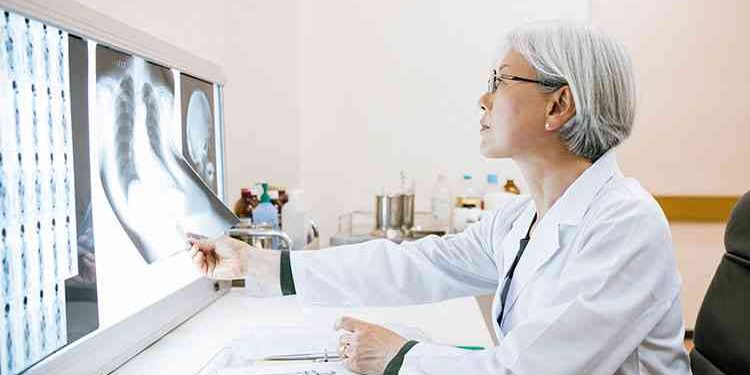 So far, 51 instances of Delta Plus have been discovered in 12 states, with Maharashtra reporting the highest number of cases.

The Delta plus variation of COVID-19 has a higher affinity for lung tissues than other strains, but this does not indicate it will produce severe illness or be more transmissible, according to Dr. N K Arora, chairman of the NTAGI coronavirus working group. On June 11, a novel coronavirus variety known as Delta Plus was discovered. It was recently categorised as a concern variation.

When it comes to Delta Plus, the chairman of the COVID-19 Working Group of the National Technical Advisory Group on Immunisation (NTAGI) said the variant has a higher affinity for lung tissues than other coronavirus strains, but that this does not mean it will cause more severe disease or be more transmissible.

So far, 51 instances of Delta Plus have been discovered in 12 states, with Maharashtra reporting the highest number of cases. “Delta plus has a stronger affinity for the mucosal lining of the lungs than other types, although it is unclear whether this causes harm or not. It also doesn’t imply that this variation would produce more severe sickness or that it will be more easily transmitted “In an interview with PTI, Mr Arora said.

According to him, the impact of the Delta Plus strain will only become evident when additional cases are found, although the sickness appears to be mild in all individuals who had a single or double dosage of the vaccination. “We have to keep a careful eye on it and look at its spread to ensure transmission effectiveness,” he added.

Mr Arora believes that the number of Delta Plus variant cases found may be higher since there may be more asymptomatic persons who are carrying and transmitting the virus while having no COVID-19 symptoms.

“However, the key aspect is that our genetic surveillance component detected it correctly and in a timely manner.” Now, states have already been informed that it is a variation of concern that necessitates action, which means that some states have already begun developing micro plans for the areas where the virus has been detected in order to control its spread. Clearly, vaccination rates in these areas will need to rise,” he added. In response to a query about whether the Delta Plus variety can cause the third wave of coronavirus, Mr Arora stated that it is impossible to say at this time.

“Waves are related to new variations or mutations, so there’s a chance since this is a new variant,” he added. “However, whether it will lead to a third wave is difficult to predict because it will rely on two or three factors.” “First and foremost, we had a violent second wave in the previous three months that is still going on; we are seeing that the number of cases is locked around 50,000 over the last 8-10 days, while cases continue to emerge in some locations, so that wave has not calmed down,” he added.

According to him, the community’s response to another variation will be influenced by the second wave, and the third wave will be determined by the fraction of the population infected in the second wave. “If a high proportion of individuals become infected, the following wave may acquire a common cold-like disease, but not a terrible or deadly condition,” he explained.

“Secondly, vaccination — the speed with which we vaccinate… even a single dosage is effective, and the way we’re planned, if we immunise quickly, the chance of a third wave becomes very low since vaccine plus… Covid proper behaviour will rescue us from the following wave, minimise the next wave, and prevent the third wave from causing the same harm as the second.