IQoo has with its Z3 model entered the budget phone market with quite a good stance.IQoo Z3 is the first phone in the series to be released under an affordable price range. This is why, it is in the market as one of the exclusive deal phones, but only time will tell us whether it will retain that position for long. 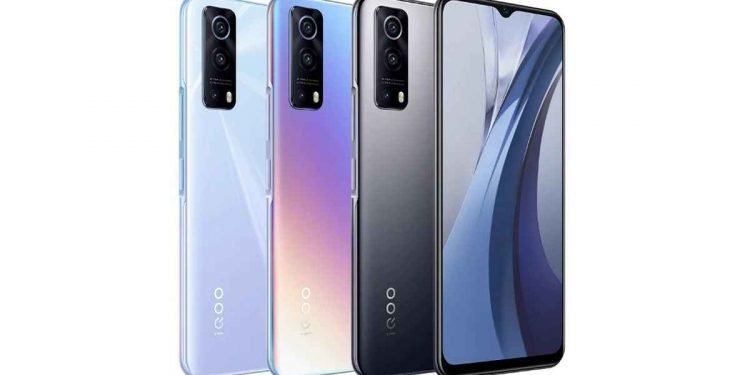 With the release of IQoo Z3, we can officially say that Vivo is no stranger to the 5G network. Vivo’s sub-brand IQoo has four phones under its name now which have 5G compatibility. But seeing that India is nowhere near using 5G service, it would be stupid to base a phone with just 5G as the prime feature. And needless to mention, 5G is no more the exclusive hot deal it was before, as a lot of other companies have also launched their own version of 5G phones. That being said, let us move on to discussing other features, that makes or breaks IQoo Z3 at its price point.

IQoo Z3 is the first phone in the series to be released under an affordable price range. This is why, it is in the market as one of the exclusive deal phones, but only time will tell us whether it will retain that position for long.

This phone comes in three variants. The 128 GB storage + 6GB RAM variant has been priced at 19,999 and is available at the said price on Amazon. The second variant which comes with a storage of 256 GB and RAM of 8 GB is priced at 22,990 and is also available at Amazon. The third and the final variant bags storage of 128 GB and has 8 GB RAM and is available on the same e-tail store at 20,990. All three variants come with a 4,400mAh battery paired with a 55W Fast Charging and have a processor of Qualcomm Snapdragon 768G. The available colour options are  Cyber Blue and Ace Black.

(Please note that the stated prices are in accordance with the information provided in the respective e-tail sites.)

The phone is majorly made of plastic, as is evident by the frame and the rear panel, both of which are made of plastic. The back however feels smooth and does not attract any fingerprint. It is worth mentioning that the back has a matte finish. The two colour options also matter a lot when it comes to the design. The Ace Black has a more subtle tone featuring a grey and black gradient, while the Cyber Blue version gives a rainbow-like contrast that differs from various angles. Both the colours are interesting in their own way.

Coming to the build, the phone feels nice and slim. It has a display screen of 6.5 inch which gives it the premium look. It comes with a headphone jack of 3.5 mm at the bottom and has a single speaker alongside the Type-C USB port and the primary mic. The fingerprint reader is easy to reach and is located on the right side, right below the volume button. The fingerprint sensor is embedded in the phone’s power button.

For display, the IQoo Z3 comes with reinforced Panda glass. This glass attracts fingerprints and unfortunately, it is also hard to wipe off. Apart from this, the display performance is good. It gets sufficiently bright under sunlight and works fluidly even with frequent use. Its colours are a bit saturated but look nice and sharp when it comes to texts or images. The display of IQoo Z3, as per claims by the company, is also HDR10 certified. Upon testing, HDR content did stream with YouTube content but failed to do the same with Netflix.

The display does not disappoint with games as well. It performed well with substantially good graphics. There was no lagging or buffering at both its options default “High graphics” and “High frame rate,” which makes gaming smooth and enjoyable.

IQoo Z3 performed quite well with the Qualcomm Snapdragon 768G processor. It did show a few bumps when tested but is ok for the price range that the phone is placed at. It is worth mentioning that the phone worked well even when used to its full extend and did not have any overheating or lagging troubles while playing heavy games.

Coming to the sound performance, it isn’t great. It works sufficiently well for playing games but can be disappointing for movies and music. However, it does have a provision for headphone which does compromise this problem.

Coming to the battery life, IQoo Z3 lived for around 19 hours and 32 minutes after being fully charged. It takes around 60 minutes to completely juice up the device and it charges up to around 67% after being plugged for 30 minutes. That being said, the phone does charge fairly fast. Most of the days, the phone managed to retained around 30 to 40% of the battery after an hour each of gaming, scrolling through social media apps and phone calls. The overall battery performance is hence quite good.

This phone comes with one front camera and 3 back. For the features, refer to the specifications table. The interface is the same as seen on other IQoo and Vivo phones. In daylight, the photos taken by its camera came out a bit saturated but had decent detailing. It did have some undesired purple fringing in the brighter areas of scenes but the noise was under control and the shadowing was capture pretty well. Under dim or low light, the detailing was poor especially in a situation where there was a light source at some corner. The night mode brightened up the scenes.

Coming to the video performance, the same purple fringing was noticed in this case as well. The ones shot with 4K resolution turned out with abnormal saturation and also lacked the required stabilisation. It is therefore not good for walking and shooting purposes.

IQoo has with its Z3 model entered the budget phone market with quite a good stance. It also helps its case that it comes with a good refresh rate of 120 Hz and with the best fast charging 55W adapter. It standout out feature of the Qualcomm Snapdragon 768G processor also makes it exclusive in the phone market but doesn’t really jump out as a “wow” factor.

Apart from the specs and performance, the phone also looks pretty decent, in spite of it being majorly made of plastic. The two available colour choice are also very different from each other and none represents a boring tone, which is also a plus point. The phone is also future-ready with its support of 5G and the only notable downside of the device is its camera quality.