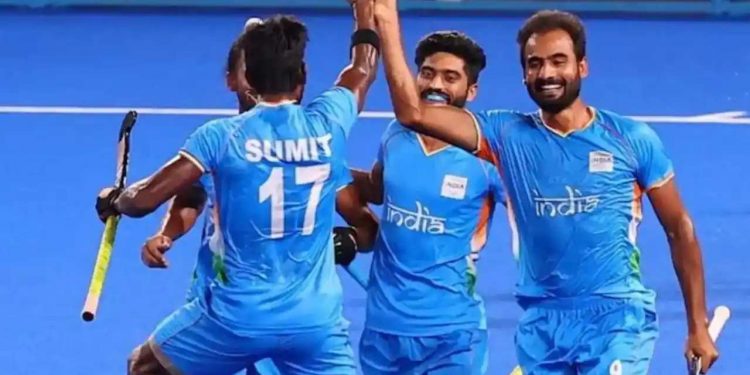 In the second minute of the first quarter, the Indians opened their account. Nilakanta Sharma displayed great vision to feed Simranjeet Sing, who scored a devastating goal. Nilakanta lost the ball in midfield just a few minutes later, which proved costly.

India fell 3-1, but then came back to level 3-3 in the second quarter. India took the lead after Rupinder Pal Singh converted an Indian penalty stroke. Simranjeet then scored their fifth.

Shri Narendra Modi tweeted, “Historic! A day that will be etched in the memory of every Indian. Congratulations to our Men’s Hockey Team for bringing home the Bronze. With this feat, they have captured the imagination of the entire nation, especially our youth. India is proud of our Hockey team.”