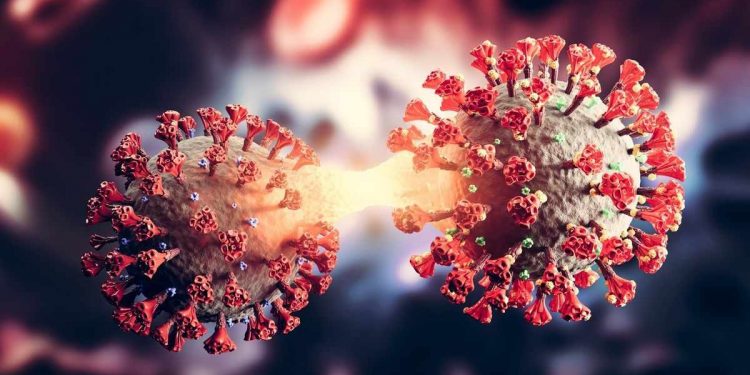 On Sunday, nine new cases of the Omicron variant were found in India, taking the total number of cases to 21 in the country. In Jaipur alone, on December 5, 9 people in the same family were found infected with this variant.

At the same time, seven new cases were, registered in Maharashtra, and the first case of the Omicron variant has in Delhi. Due to the increase in cases, strict screening is being done, of passengers coming from abroad at the airport.

The number of people infected with the Omicron variant in the country has increased to 21. On Sunday, 17 new cases of Omicron variants, were found and out of those, 9 cases, are reported in Jaipur. And the first case of this variant has been registered in Delhi. At the same time, seven more new cases, have been seen in Maharashtra. Meanwhile, amid the growing panic of Omicron variants, the US and UK have also put India on this list, tightening the Kovid-19 testing rules for travelers coming from abroad.

9 cases of Omicron in Jaipur

In Jaipur, the capital of Rajasthan, nine people infected with Omicron variants have been, found in the same family on Sunday. The travel history of this family is related to South Africa. The state health department has confirmed this. Of those found infected, four people had returned from South Africa. The other five were in contact with him. All treatment is going on. The condition of all is said to be normal.

Check Out : India has more women than men for the first time, finds a government survey

Amidst the increasing cases of Omicron, the Health Department has increased vigil in the state. From December 1, passengers arriving at Mumbai, Pune, and Nagpur airports from abroad are close, monitored. A total of 28,221 international passengers, were surveyed in the last five days of these, 4901 passengers are from countries with a high-risk category.

The first case of the Omicron variant was, registered in Delhi. A 37-year-old man returned from Tanzania who had taken both doses of the vaccine was found infected with Omicron. This patient was a resident of Ranchi who returned from Tanzania to Doha and then from there on Qatar Airways flights to Delhi. Officials said that, he had stayed for a week in Johannesburg, South Africa. This person was vaccinated. At present he is admitted to LNJP Hospital in Delhi with mild symptoms.

Strict rules for foreign travellers in US and UK

In the US and UK, it is mandatory for all travelers from other countries, including, India to bring a Kovid-19 negative test report. These steps are being, taken amidst the increasing infection and danger of Omicron. In the US, the new protocol will come into effect from December 6, while in the UK, the new rule will be effective from December 7.