An investigation has been launched against actor Sonu Sood by the Income Tax department about tax evasion.

by Viveka Massey
in Entertainment
31 0
0 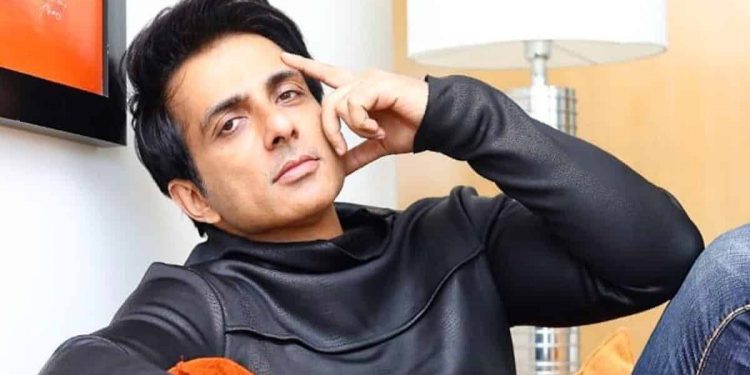 Income Tax Department Widens Probe Against Actor Sonu Sood .Sonu Sood helped many migrants labourers last year during the Covid-19 Pandemic to reach their homes to their families. He helped many people by providing them with food and shelter. He even set oxygen plants in 16 cities. His hard work for the people of India bought him into the spotlight.

On Wednesday Income Tax department has launched an action against the 48 years old actor Sonu Sood and people linked with him. According to the sources, the department raised its tax evasion raided the multiple premises home of the actor in Mumbai on Friday. The search was extended to other locations like Nagpur and Jaipur.

On Wednesday, half of the locations in Lucknow and the metropolitan area were part of the action. According to the official sources, the financial transactions and real estate deals linked to Sonu Sood are under the Income Tax department scanner.

Recently it was declared by the Delhi Government that Sonu Sood will become the brand ambassador of the program Desh ke Mentors. The program was launched by the Aam Aadmi Party government. This program will help students and guide them to make their own career choices.

On Saturday, Delhi CM said that Sonu Sood is not alone. He has prayers and best wishes for people from different parts of India, who receive love and support from him in difficult times.

On Friday, the Shiv Sena blamed the BJP and talked about the action taken against actor Sonu Sood. Shiv Sena said that BJP earlier praised Sonu for his work and support during the Lockdown. Now, when the Delhi and Punjab governments are trying to join hands with Sonu, BJP considers him a tax evader.

Shiv Sena also said that the party with the highest number of members should also have a big heart. They also said action against him was foul play. During the COVID-19 pandemic, Sonu emerged as the Messiah. It is because of the support he gave to the poor migrant labourers. He provided food and shelter, and more importantly, he helped them reach their hometowns to their families.

The party alleged that BJP praised Sonu, and they even asked why the MVA government couldn’t do what he did. BJP was happy with Sonu, and they called him theirs. But the Income Tax raided him as soon as he became the brand ambassador of the Educational program by Arvind Kejriwal’s Delhi government.

Shiv Sena further added that Sonu Sood was called by Maharashtra’s Governor BS Koshyari to the Raj Bhavan, and he was praised for his support and efforts. They said BJP leaders used to be present at all programs launched by Sonu. Like when he set oxygen plants in 16 cities and even in his scholarship programs. But he became a tax evader when Delhi and Punjab governments tried to join hands with him.