In an address to the nation, PM Modi says three new Indian farm laws will be repealed 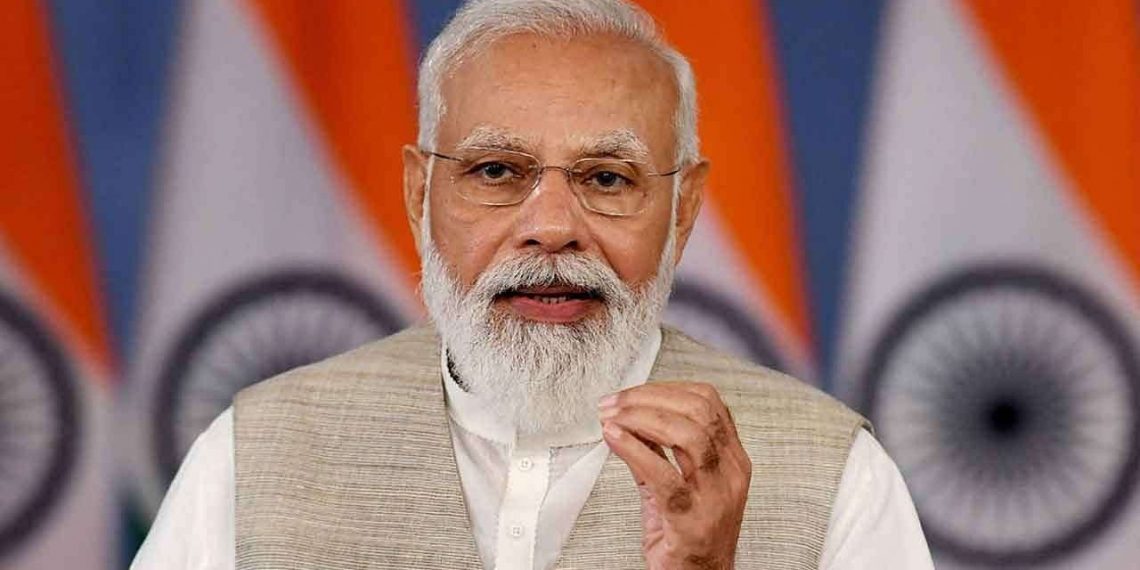 PM Narendra Modi announced the withdrawal of 3 agricultural laws. In his address to the nation today, the PM informed the people about the government’s decision to abolish these laws.

Announcement to withdraw 3, agricultural laws in the country

PM Modi said, ‘I say with a sincere heart, apologizing to the countrymen that perhaps there was some deficiency in our penance too. We could not explain our point to some farmer brothers. Today is the festival of lights of Guru Nanak.

Whatever was done, for the benefit of farmers- Modi

The PM said that whatever he did, he did for the farmers. For all of you, I did nothing short of hard work. I will work harder so that your dreams come true. PM urged the farmers to return to their homes, return to their fields, let’s start afresh.

Some farmer brothers could not understand the truth like the light of a lamp: PM Modi

PM Modi said that our government had brought this law for the country, farmers, and agriculture, with dedication towards, the farmers. But such a sacred thing, purely in the interest of farmers, we could not explain to some farmers despite our efforts. Agricultural economists tried their best to explain agricultural laws to the farmers.

Laws were formed to, improve the condition of farmers- PM Modi

The PM said that three agricultural laws were brought to improve the condition of the farmers. The aim was to give more power to the farmers. They should get the maximum option to sell their produce. Many governments have brainstormed on this in the past as well. This time also there was discussion in Parliament, churning took place, to form these laws. Many farmers’ organizations from all corners of the country welcomed and supported it. I am very grateful to all of them today.

PM Modi counted the work of his government for the farmers,

PM said many steps, have been taken to ensure that the farmers get the right price for their produce. The procurement of the production done by our government has broken the records of the last several decades. By connecting more than 1000 mandis of the country with the e-NAM scheme, we gave a platform to the farmers to sell their produce anywhere.

PM Modi said that the rules also changed so that maximum farmers could get compensation at the time of disaster. In the last four years, farmers have received compensation, of more than 1 lakh crore. 1.62 lakh crore rupees were transferred directly into their bank accounts to meet the needs of small farmers.

PM Modi said that in my public life of 5 decades, I have seen problems and challenges of farmers very closely. When the country gave me a chance to serve in 2014, we gave priority to agricultural welfare. With the help of small land, small farmers make a living for themselves and their families. The generation-to-generation division of families is making it even smaller. To help small farmers work is done on seeds, insurance, market and budget.

PM Modi congratulated the countrymen on the occasion of Guru Parv,

PM Modi extends warm greetings to all the countrymen on the auspicious occasion of Guru Parv. It is also very pleasing that the Kartarpur Sahib Corridor has reopened after a gap of one and a half years. Our government is engaged in making the life of the countrymen easier with the spirit of service.