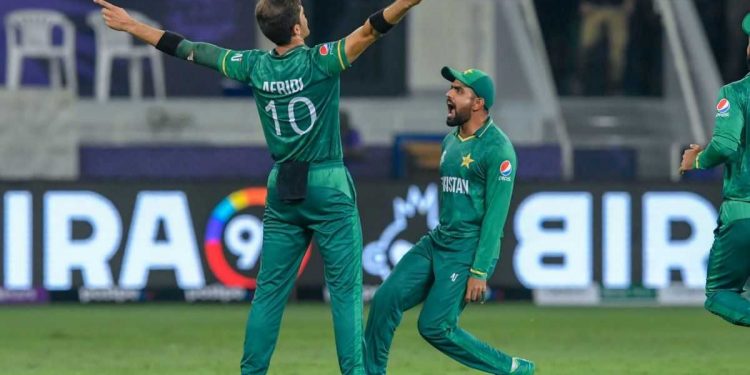 Yesterday was the day for which the cricket fans were waiting for a long time. India-Pakistan, the biggest rivalry in cricket along with England-Australia. Whenever India and Pakistan face each other in cricket, it doesn’t only involve the efforts of the players but the emotions of the million fans. Being a sport, the result of the game leaves the fans of one side heartbroken. For the last twelve times, it was the fans of Pakistan. However, for the first time, Pakistan defeated India in an ICC Cricket World Cup match.

Pakistan captain Babar Azam won the toss and decided to bowl first. It turned out to be the right decision as Shaheen Afridi got his first wicket in the first over of the innings. The inswinger from Shaheen puzzled Rohit Sharma, and he was given LBW. In the very next over of Shaheen, KL Rahul got bowled on the delivery of the match. Virat Kohli played a captain’s knock of 57 runs, but unfortunately, it was not enough. Suryakumar Yadav was caught behind, and India lost three wickets in the powerplay. Rishabh Pant built a partnership with the captain and scored 39 runs.

India scored 151 runs for 7 wickets and gave a target of 152 runs to Pakistan. Pakistan won the match by scoring 152 runs in 17.5 overs without losing a wicket. Babar Azam scored an unbeaten 68 (52 balls, 6 fours, 2 sixes), and Mohammad Rizwan (55 balls, 6 fours, 3 sixes) scored an unbeaten 79 for Pakistan. Shaheen Afridi got the Player of the Match award for his three primary wickets.

So far, India and Pakistan have played three international matches (two ODIs and one T20) at the Dubai International Cricket Stadium. The Indian team had defeated Pakistan in both the ODIs. Pakistan has achieved its first win against India in Dubai. The two rivals were face-to-face after two years on the international stage. Earlier in 2019, there was a clash between the two in the ICC ODI World Cup. Then Team India won the match by 89 runs and won the game.